Carly Miller is a BRCA2 previvor living with her husband in Los Angeles. She is a Peer Support Group Leader and Peer Navigator with FORCE. Carly also volunteers for Sharsheret and has been selected to serve on a Patient Advisory Council developing treatment protocol for HBOC patients at Kaiser Permanente. Here is Part 1 of her story.

Cancer previvors are individuals who are survivors of a predisposition to cancer but who have not actually had the disease. Previvors may carry a hereditary genetic mutation, have a family history of cancer, or have some other predisposing factor. I am positive for the BRCA2 mutation and I am a previvor. In the healthcare community, previvors are sometimes called unaffected carriers. I don’t feel very unaffected.

My mother was first diagnosed with breast cancer in 1990. I was 12 years old. She had a unilateral mastectomy with no reconstruction. Doctors later suggested she remove her uterus, so she had a hysterectomy. In another few years, the cancer came back. This time, it was ovarian; stage III. By now, I had learned that almost every woman on the maternal side of my family had been diagnosed with some form of cancer, including breast and reproductive cancers. So, you could say I was pretty aware that there was a hereditary component to certain cancers. 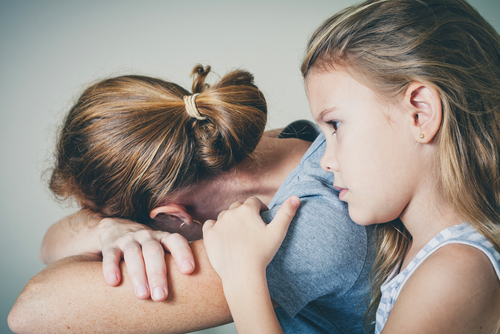 In this case, that hereditary component is a mutation in the tumor suppressor genes known as BRCA1 and BRCA2. This mutation creates a highly elevated risk of developing breast and/or ovarian cancer. How elevated? While there are varying statistics, women who have a BRCA mutation may have up to an 80% lifetime risk of breast cancer and up to a 45% lifetime risk of ovarian cancer. When you consider that only 1% of those at high risk are aware of it, the numbers are scary.

As I learned more about BRCA, I realized that not only was my family history an indicator, but also my Ashkenazi Jewish heritage. One in 40 Ashkenazi Jews carry a BRCA mutation, which is 10 times the rate of the general population. It is carried by both women and men and can be passed down from a mother to a son or from a father to a daughter.

When my mother passed away in 2005, I still hadn’t done the genetic test. I was putting it off, even though I already knew what the results would be. A few years later, I finally had health insurance that would cover the cost so I took the test. The results came back positive for the BRCA2 mutation. And in this case, positive doesn’t mean good. “Whatever,” I thought. It’s not like they were telling me anything I didn’t know. Deep down, I knew I needed to remove my breasts and ovaries. I just didn’t want to deal with it in reality. 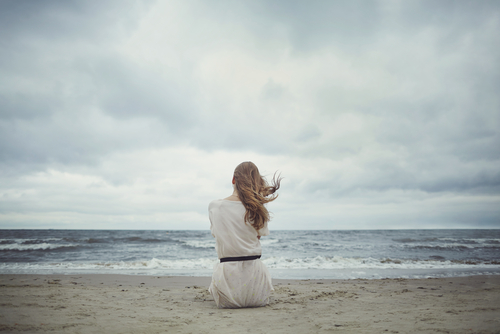 I joined a high risk breast clinic and met yearly with a panel of doctors in addition to getting regular mammograms and breast MRIs. I was also undergoing intravaginal ultrasounds and CA-125 blood tests for ovarian cancer screening. But, I wasn’t ready to pursue risk-reducing surgeries. I went through genetic counseling, countless consultations and conducted my own extensive research. It took many years, until 2015, for me to get seriously real with myself.

At my annual appointment in May 2015, I knew it was time because I was 37: five years before the age of my mother’s first diagnosis of breast cancer. The doctors confirmed that yes, it was indeed time to remove my breasts. My husband sat in the chair next to me while they reiterated what they had been telling me for years; that a prophylactic mastectomy would reduce my risk by more than 90%. When we left the office, he looked at me and said, “You have to do this.”

One doesn’t arrive at the decision to remove her currently healthy breasts lightly. Nothing about it makes logical sense. But I saw what cancer did to my mom and I wasn’t willing to let that happen to me. I knew that if she had been given the chance to prevent her own disease, she would have taken it.

It was much easier for me to wrap my head around the ovarian surgery. My husband and I weren’t planning to have children, and physically it’s a much less invasive procedure. Of course, there is the surgical menopause. But the ovaries weren’t my medical priority as the onset of ovarian cancer is usually later in BRCA2 patients. I would deal with that in another few years.

After months of research and decision-making, and ultimately years of thoughtful consideration, on January 25, 2016, I underwent a bilateral prophylactic mastectomy with expanders for reconstruction. While I didn’t like the idea of having a foreign object inside me, the tissue replacement surgeries seemed intensely complex and risky. I’m an extremely active person. I swim 3 miles a day and do various other forms of exercise daily. I knew that for me personally, it was most important to disturb as little of my body as possible. I was more concerned about how my breasts would feel versus how they would look. 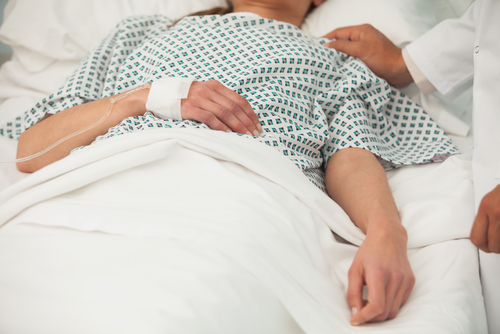 I have so much respect for the bravery of all the women who are going through this process with cancer. Whether you have a cancer diagnosis or a genetic mutation, these decisions are never easy. They are highly physical and emotional. They affect your life and all aspects of it and they will likely forever change you in one way or another. Having struggled through the process as a healthy person, I can appreciate how difficult it must be when one’s life is on the line.

As previvors, we are given the opportunity to try and save our lives: to prevent the onset of life-threatening illness, which, in many cases, we have seen eat away at our own families. That changes you, and inevitably affects your decision-making. While many may not agree with my decisions, and I encountered a lot of this along my journey, I believe that for me, the decisions I made were the right ones. 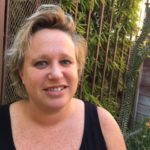 Carly Miller is a BRCA2 previvor living with her husband in Los Angeles. She is a Peer Support Group Leader and Peer Navigator with FORCE. Carly also volunteers for Sharsheret and has been selected to serve on a Patient Advisory Council developing treatment protocol for HBOC patients at Kaiser Permanente.