How Do You Explain BRCA to Your Kids? | I'm Taking Charge

How Do You Explain BRCA to Your Kids?

How Do You Explain BRCA to Your Kids?

Trying to explain BRCA to your kids is not an easy challenge. Working through their anxieties for you, plus a natural fear of their own potential BRCA mutation, takes love and patience. We are so grateful to Heather telling her own story of explaining her BRCA mutation and subsequent mastectomy to her children. Heather blogs at My BRCA Story and has also written two children’s books to help parents and kids talk about breast cancer and BRCA mutations.

The arrival of breast cancer into my awareness

I grew up with breast cancer in my family. From my youngest memories, I would try on my grandmother’s prosthetic bras as I played dress up in her walk-in closet. I have vivid memories of her flat chest and her scars, and wondering why. Of course she told me over and over about what happened, her mastectomy at age 40, but it never really made any sense at such a young age. I just enjoyed playing dress up with her bras.

She recounted parts of her story in an LA Times article as she reflected on the need for more research and options for women with breast cancer, when her own daughter (my mother) was faced with her same fate.

As I entered my teens, my mother was diagnosed with breast cancer at the age of 40, bringing everything my grandmother had told me previously, to my current reality and eventual understanding. I lived with my mother who was forever going to the doctor for tests, checkups, blood draws, surgeries, chemo, radiation…a mother who was fighting constantly and hoping to win the battle.

The anxiety of a breast cancer family history

Imagine growing up in a family of breast cancer…you worry, constantly. I began worrying as soon as my mother got sick. Would this happen to me? It’s always in the back of your head, no matter what.

I knew, from a young age, that I would try to do whatever I could so that I wouldn’t have to leave my 13-year-old behind without a mother someday. At the age of 28, I had the BRCA test, and as I knew deep down, it was positive.

I went for the annual mammograms and MRIs after that, all which left me with scanxiety and a feeling of “hoping” and crossed fingers. I hated it. 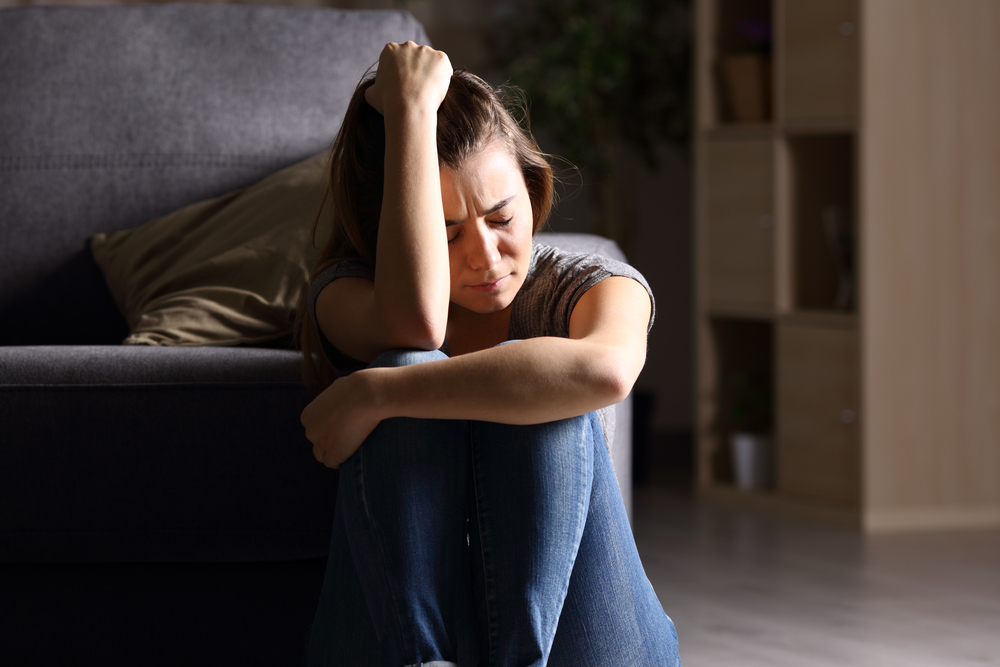 Choosing to give my kids a different story

Fast forward to 2015.  I was a 38-year-old mother to a six-year-old, eight-year-old and ten-year-old.  38. Two years to go until the number 40… 40 being when my grandmother had a mastectomy and my mother was diagnosed with breast cancer. 40… a number I wanted to see but yet so fearful to turn. Most importantly, I didn’t want my kids growing up with a fear like I had. I wanted them to know about the choices available now days, choices my mother and grandmother didn’t have.

Up until then, they really didn’t understand anything about my past, nor my yearly testing. They saw the pink ribbons, they knew my grandmother and mother had breast cancer, but didn’t really understand what it all meant for themselves and their futures.

How do you explain BRCA to your kids? Well…

Now was the best time to explain to my children all about BRCA and breast cancer and why I was choosing to have a prophylactic mastectomy and reconstruction.

I don’t think I ever had a set date or location for where and when I’d tell the kids about my upcoming surgery, but I guess I didn’t think I’d tell them with still 10 weeks to go. Perhaps a little closer to the date so they didn’t have to think about it for so long. But I didn’t get to choose it, it chose me. One night, my eight-year-old heard me mention to my husband that I’d be in the hospital for two nights, as we were settling our plans.

“Mommy, why are you going to be in the hospital?”

Then and there I was on the spot, and quite frankly, a little relieved. We were finally going to have the talk I’d thought about ever since I became a parent, and I didn’t have to keep sheltering them from the inevitable.

The TV turned off, the kids gathered around and I began to tell them a story of sorts. I told them about my grandmother and mother and how they both had breast cancer. We talked about what breast cancer is and why it’s so hard to fight. We then talked about my BRCA test and what a mutated gene means. It was at this moment that they really became interested and started connecting the dots, and then I explained the surgery.

“You’ve been WANTING the surgery?” my son asked.

“Mommy lost her mommy when she was only three years older than you, 13. I don’t want you guys to lose your mommy like I lost mine.” (Tweet This!) Those were the hardest words to say of the entire conversation.

By the end of the conversation, each of them walked away with their own understanding of what was happening. I don’t pretend to think my six-year-old completely understood, but she definitely understood parts of it, enough to know I was going to save my life.

It was the night before the surgery, gathered around the table, that we further discussed the surgery and the kids asked more questions… most importantly, about how the reconstructed breasts would feel and what they were made of. My husband decided to explain it like a gummy bear…and that’s all that was needed for my kids to begin talking freely and openly about my surgery. They understood the idea of something feeling like a gummy bear being placed inside of me, keeping the shape of my breast. 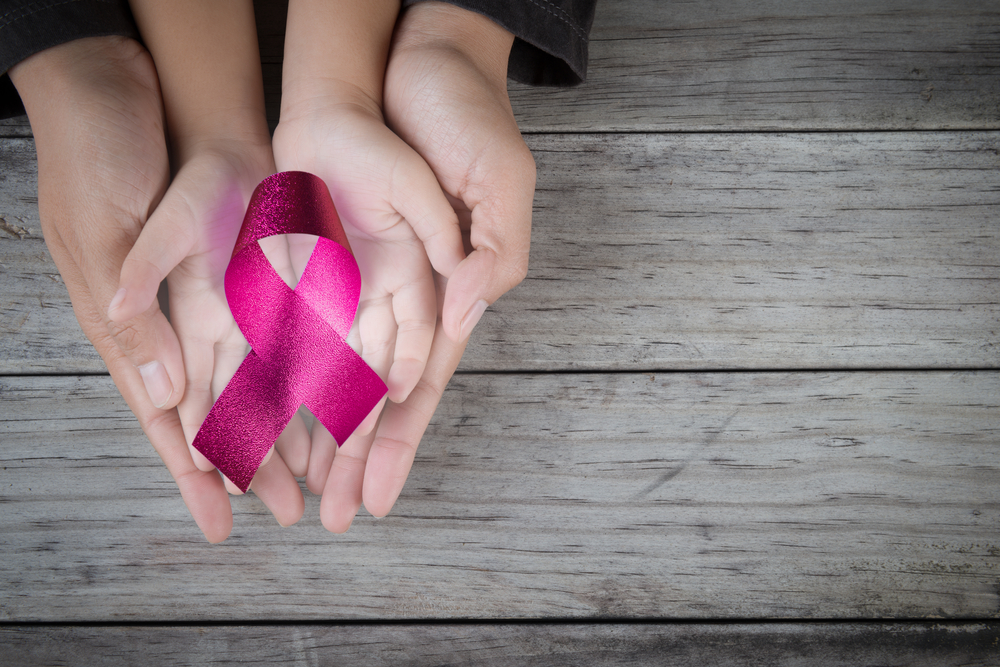 During recovery, I remember a moment with my 8-year-old. We were shopping for bras and she asked, “Will I have to have your surgery some day?”

Another question I knew would come, but couldn’t have predicted when.

“If you have the gene, yes, unless they come up with another way to cure breast cancer.”  Her response: “Can I have your doctor then?  Because he was really nice.”  I smiled and let her know that if he was still practicing, by all means, yes.

My kids’ understanding of their BRCA risk today

Fast forward to today, three years post-surgery. My kids are 10, 12 and 13 and are very comfortable talking about my surgery, about the fact that I have fake breasts, and are overall comfortable with breasts in general. We actually talk about my breasts A LOT. I get twinges of nerve pain every so often, or soreness, and I’ll just grab them, then and there. The kids laugh and understand. We have fun with it. To me, I didn’t go through the emotional loss of my breasts. I went through the saving of my life and wanting to be there for my kids.

It’s a personal choice on how much to tell your children.  I’ve just always been straightforward and to the point with my kids. This didn’t seem like something to hide from them, but instead, something to share and get through together.  They read my books, they relate to other stories they hear of breast cancer and BRCA, and they are part of my journey and support. 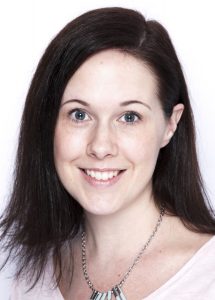 Heather is a mother to three and wanted to do everything she could to be around for her children, after experiencing the loss of her own mother, when she was thirteen, to breast cancer.  It’s as simple as that.
She tested positive for the BRCA1 gene in 2005, but wasn’t ready for surgery. Through the years, she traveled around the world, and every doctor she met has asked, “Heather, when are you going to be ready for surgery?”
She eventually made the choice for the prophylactic mastectomy and blogged her experiences at My BRCA Story. She also wrote two children’s books to help explain BRCA and breast cancer to your kids: Why Is Mommy Having Surgery? She Looks OK to Me and This Much I Know.

If you liked this article, be sure to check out our BRCA page, which has many more articles and stories for any woman facing a BRCA (or other cancer-causing) mutation. You might also be interested in this podcast episode, interviewing Dr. Hines of the Mayo Clinic on what the BRCA mutation means. 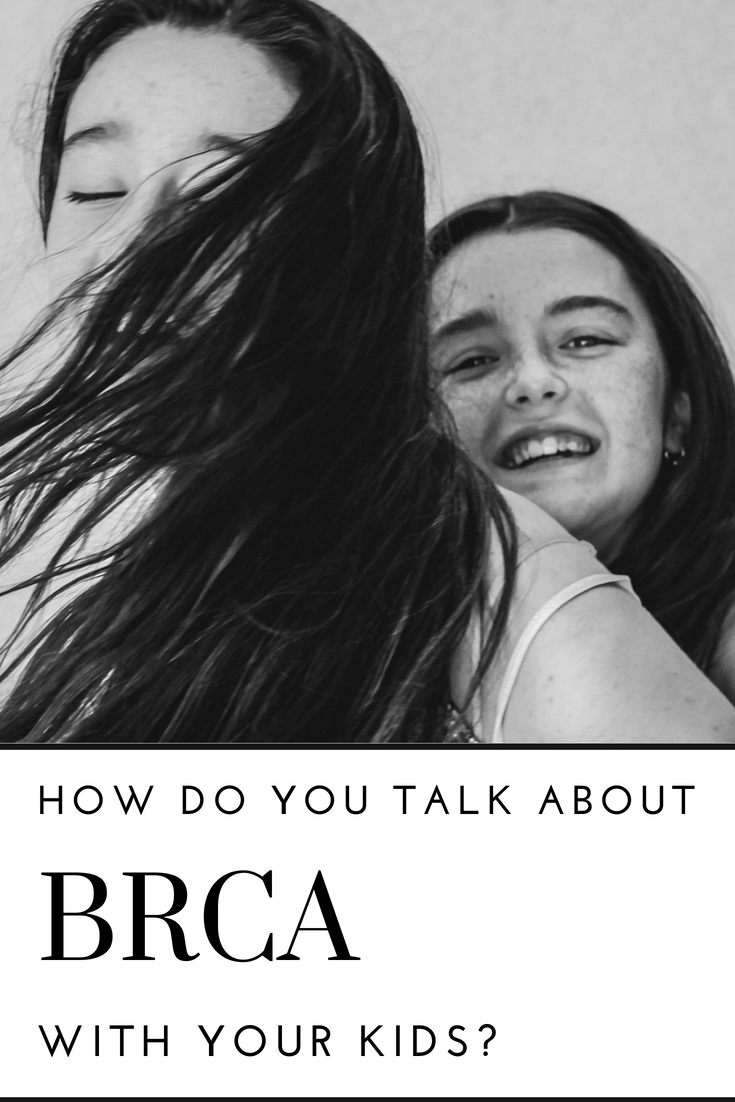