Surgery is a nerve-wracking experience. Unfortunately, few surgeries can compare to a mastectomy, the removal of a body part so frequently tied to a woman’s sexuality. A woman may feel very vulnerable, even knowing the option for breast reconstruction, because nothing can give back what the surgeon cuts off really.

However, that’s what makes skin-sparing and nipple-sparing mastectomies interesting for eligible women.

Traditional mastectomies remove the entire breast tissue and all of its skin (including those beautiful nipples of yours), but nipple-sparing and skin-sparing mastectomies seek to preserve as much of the natural breast skin as possible.

Let’s restate this: We’re talking about mastectomies that let you keep your nipples and the skin that makes up the space for your breast.

As a type of breast-conserving surgery, skin-sparing mastectomies only remove the breast tissue that is cancerous along with some of the surrounding healthy tissue. This procedure may be used when the nipple and areola have not been invaded by cancer, and the tumors are not near the skin or nipple.  The goal is to allow the woman to preserve at least as much of her natural breast skin as possible. Preserving the skin may mean fewer future surgeries (like the use of a tissue expander at a later point), less scarring, and a more natural final shape to her reconstructed breasts.

Due to the extra skin left over from a skin-sparing mastectomy, women may have increased options when it comes to their breast reconstruction and may find that the results look, on average, more natural than reconstruction results after a traditional mastectomy. Although skin-sparing mastectomies remove less skin, there is no evidence that they are associated with a higher risk of cancer recurrence when compared to traditional mastectomies.

When Is a Skin-Sparing Mastectomy Not an Option?

The specific location of the cancer cells occasionally prevents women from being eligible for a skin-sparing mastectomy. If cancer cells are located near the skin, physicians may be unable to tell whether the cancer involves the skin or not. Plus, if they do determine that the skin is affected, it may be a challenge to figure out how much of the skin has become cancerous. In this situation, it is safer to remove all of the skin and tissue in a traditional mastectomy than risk missing some cancer cells and having the cancer return.

Similar to a skin-sparing mastectomy, a nipple-sparing mastectomy preserves as much breast skin as possible, but it also preserves the nipple and areola. During this type of procedure, surgeons make a small cut near the areola and remove the cancerous, glandular breast tissue. For women with large breasts, a longer scar may be required, but it is still modest when compared to the scar left after a traditional mastectomy. After the breast tissue is removed, it leaves a pocket of natural skin (including the woman’s own nipple) that is normally filled by either an implant or tissue from another area of the body.

Nipple-sparing mastectomies allow women to keep and maintain the look of their own nipples and areolas. Scarring is minimal and nearly the entire breast skin of the reconstructed breast is the woman’s own natural skin. Studies show that complication rates are low and the risk of cancer recurrence is not higher than with other methods.

An interesting but uncertain potential benefit of a nipple-sparing mastectomy is the chance that a woman might actually regain some sensation in her spared nipple. Usually reconstructed breasts have very, very little sensation left in them. During a nipple-sparing mastectomy, most of the nerves connected to the skin are removed, resulting in the chance that the preserved nipple and skin will likewise become permanently numb. However, some women, between 30 to 60 percent, do report some return in sensation in the preserved nipple within six months to a year following surgery.

Since the procedure is much newer, not every surgeon is skilled in it. Any woman desiring a nipple-sparing mastectomy will need to speak to her breast surgeon immediately about his/her comfort level with the procedure. Some women also experience partial or full death of the nipple or skin. While partial necrosis normally heals on its own within a couple weeks, full necrosis can take up to two months to heal and may require surgical removal. The problem is not extremely common and is affected by several factors, including a surgeon’s experience with the procedure.

When Is a Nipple-Sparing Mastectomy Not an Option?

There are several individual factors that may prevent a woman from being a candidate for the procedure. Surgeons have a set list of criteria that they take into account when deciding on possible mastectomy procedures. This list includes everything from the type of reconstruction desired to breast size and nipple position. Women with smaller breasts are the best candidates for nipple-sparing mastectomies, although having larger breasts does not automatically make a woman ineligible. Talk with your breast surgeon about your options.

(Women not eligible for a nipple-sparing mastectomy may want to learn more about Nipple Reconstruction Options.) 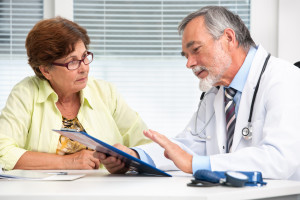 Skin-sparing and nipple-sparing mastectomies are great alternatives to traditional mastectomies due to their decreased scarring and the improved cosmetic appearance following reconstruction. However, women who undergo traditional mastectomies can still have great reconstruction results, depending on the woman’s desires and her willingness to undergo additional procedures. It’s important that you discuss all your options with your physician before making a decision about what path is right for you.

If you have been recently diagnosed with breast cancer, visit our Breast Cancer Basics page, which will help you work through some of your earliest decisions. You may also want to sign up for one of our free e-courses, such as Navigating Your New Diagnosis or Breast Reconstruction Decisions. Go to our newsletter sign-up to get our free e-courses.