Mammograms and Mammogram Alternatives: How They Work and Why Breast Density Matters | I'm Taking Charge

Mammograms and Mammogram Alternatives: How They Work and Why Breast Density Matters

Mammograms and Mammogram Alternatives: How They Work and Why Breast Density Matters

When most women think of breast imaging technology, they think of mammograms. And rightfully so. Mammograms are the most common and accurate way to view the inside of a woman’s breast. But there are mammogram alternatives. There is also a certain type of mammogram that works best for dense breasts.

So, what are all the types of breast imaging? Do you have dense breasts? Read on to find out! 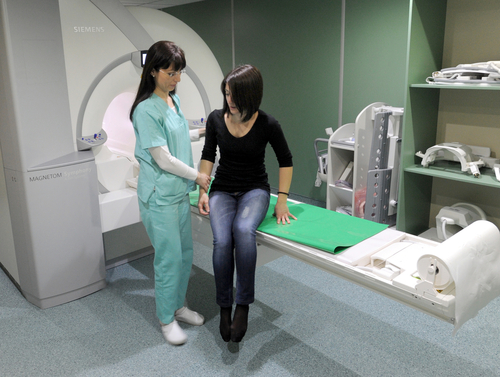 An MRI, or magnetic resonance imaging, uses a magnetic field to view radio frequency pulses. Unlike mammograms, breast MRIs do not expose the body to radiation. Even though the amount of radiation used in a mammogram is minimal, the use of x-rays can be worrisome for some women. To complete a breast MRI, patients lie on their stomach for around 45 minutes. The technician places the patient’s breasts in a special platform in order to take a clear image.

Due to how a breast MRI operates, dense breast tissue don’t affect it. It’s also better at detecting problems in younger women with a higher genetic risk of breast cancer. 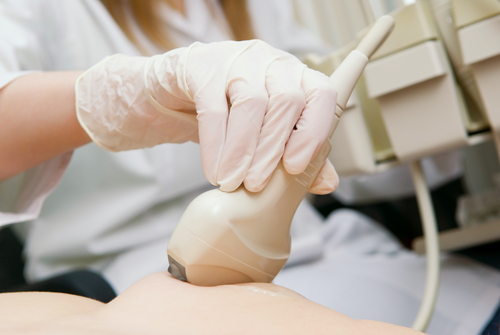 Like an MRI, breast ultrasounds do not expose the body to radiation. Instead, this type of breast imaging technology exposes the breasts to high-frequency sound waves. These sound waves allow physicians to view real-time images of a woman’s breasts. While this may seem unimportant, it lets physicians check blood flow in the breasts.

Breast ultrasounds are not usually used to detect abnormalities in the breast. But they can help physicians understand the nature of a detected mass. Based on how blood moves around a mass, physicians may identify it as either benign or cancerous. Unfortunately, the technology is not perfect. Many physicians request that women undergo a biopsy just to be safe. 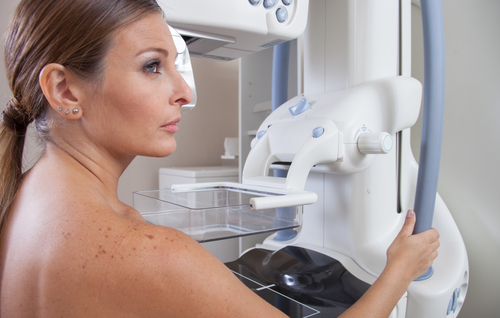 We’ve already discussed what mammograms are like and how they work in a previous article. So we won’t go into huge detail about the process here. But there are a few types of mammograms that you should know about.

Digital mammography has replaced conventional mammograms, which imprinted images of the breast to a film screen. The process is the same and it is generally believed that both digital and film mammograms have similar accuracy rates. 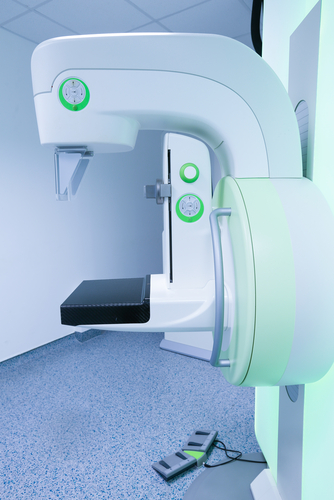 Also known as digital breast tomosynthesis (DBT), a 3D mammogram takes a three-dimensional image of the breast. Although, given the name of the technology, you probably already figured that out.

3D mammograms work in much the same way as a 2D digital mammogram. Low doses of x-rays pass through the breasts and creates a digital image. However, with 3D mammography technology, an x-ray arm moves over the breast in a slight arcing motion. As the arm moves, it takes multiple images of the breast from various angles. A computer compiles these images to provide physicians with clear images of breast detail.

There are numerous benefits of 3D mammography technology. For one, the imaging technique results in fewer false positives than 2D digital mammograms. It’s also better at detecting invasive tumors that are otherwise overlooked. With the use of 3D imaging technology, detection rates of invasive cancer increases up to 40 percent. 3D mammography technology is perhaps most beneficial for women with dense breast tissue. Breasts are often more dense among younger women and African American women.

Despite the many benefits of 3D mammograms, the technology is still new, and many hospitals and imaging facilities in the United States have yet to adopt it. Fortunately, it’s gaining traction at a quick pace. The technology has U.S. Food and Drug Administration (FDA) approval and facilities are adding 3D mammography technology to their imaging options faster than they added digital mammograms. 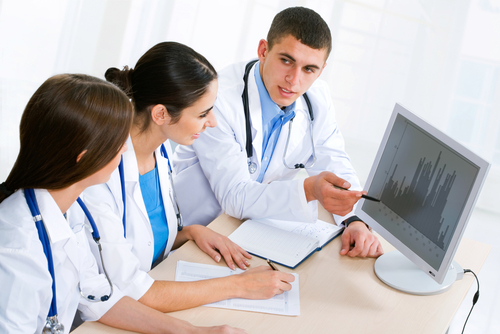 This technique does not require breast compression or the use of radiation to create images. Light passes into the breast, allowing for viewing of possible masses. The amount of light that passes through the breast tissue determines the presence of possible masses. Rather than using this technique on its own, researchers are studying its effectiveness alongside 3D mammography or breast MRIs.

Also known as breast specific gamma imaging, MBI technology is being studied as a follow-up imaging option following the detection of a lump or an abnormal mammogram. With this technology, physicians inject a radioactive tracer into a woman’s body. They then view the breast using a nuclear medicine scanner. As the scanner takes images, the tracer lights up. Since breast cancer cells absorb this tracer faster than normal cells, bright masses that show on the image could indicate a tumor. Scientists believe that MBI is effective for women with dense breast tissue.

PEM technology functions in a similar way to PET scans. It involves attaching sugar to a radioactive particle that detects cancer cells and the technology has been approved by the FDA. Researchers believe PEM technology can detect small clusters of cancer cells better than other imaging techniques. However, research is ongoing.

Another FDA-approved technology, EIT scans were created based on the idea that breast cancer cells and normal cells conduct electricity in different ways. It does not compress the breasts or use radiation to view the inside of the breasts. Instead, small electrical currents are sent through the breast. Small electrodes measure the currents on the skin. 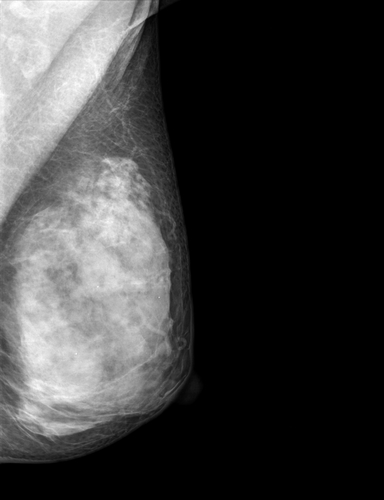 Well, breast density is a type of measurement that refers to the tissue makeup of the breasts. Breasts consist of lobules, ducts, and fatty and fibrous connective tissue. Lobules produce milk, and ducts carry the milk from the lobules to the nipple. Meanwhile, fibrous and fatty connective tissue gives breasts their size and shape while holding the other tissues in place.The amount of fat tissue and fibrous tissue determines breast density.

Women who have a lot of fibrous tissue and minimal fat tissue are said to have dense breasts.

This may seem unimportant, but breast density affects how well breasts are viewed with a mammography. It is easiest for physicians to detect abnormalities in mostly fatty breasts because cancer will stand out from the rest of the tissue. As breasts become more dense, it becomes increasingly difficult to detect abnormalities on a mammograms. To make matters worse, women with denser breasts are also four to five times more likely to develop breast cancer.

Are My Breasts Dense? 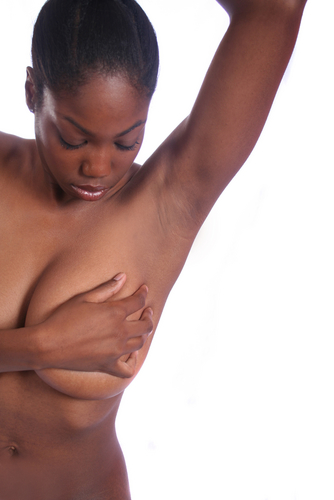 Some women believe that firm breasts mean dense breasts. However, this is not the case. Breast density cannot be determined by how breasts feel or look. Density can only be seen on mammograms and it is measured using the Breast Imaging Reporting and Data System (BI-RADS).

High breast density is not uncommon among women. As we mentioned earlier, young women and African American women often have denser breasts. Density also tends to be higher among women who are of a healthy weight.

What Are My Rights of Breast Density Notification?

At this time, there is no federal law requiring physicians to inform you of your breast density.