Kim Sport is a nuclear medicine technologist turned lawyer, and former Executive Counsel to the Chief Justice of the Louisiana Supreme Court. She’s also a three-time cancer survivor and the founder of Breastoration, which educates, assists and advocates for women facing mastectomies as a result of breast cancer. This is the second of her two-part series for ITC on breast reconstruction law. Her full bio follows this article.

In Part 1, I discussed the advocacy work of the non-profit organization, Breastoration, which revived a “duty to inform” law in Louisiana. Breastoration now acts as a watchdog to make sure that physicians are reminded, as part of their license renewal by the Louisiana State Board of Medical Examiners, to  inform their breast cancer patients of all of their treatment options, including breast reconstruction surgery, before any treatment can begin. In 2015, Breastoration discovered other Louisiana laws which placed significant insurance coverage impediments in the paths of women seeking breast reconstruction.  In cooperation with the United Way of Southeast Louisiana, where I serve as chairman of public policy, and with the expertise of Dr. Alan Stolier, Breastoration set to out create the strongest breast reconstruction insurance coverage bill in the nation. 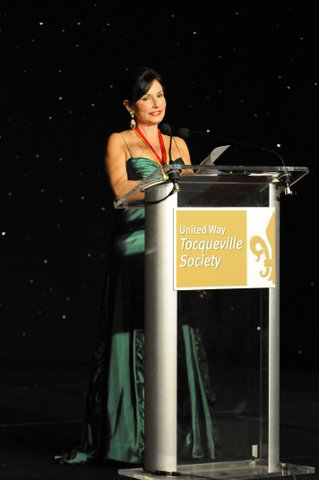 The first problem with the old laws was the “same plan” provisions. These provisions provided insurance coverage by HMO and PPO providers for breast reconstruction only if the mastectomy was literally performed under the same plan.  This was contrary to the interpretation of the federal Women’s Health and Cancer Rights Act (WHCRA) and, more recently, contrary to the Patient Protection and Affordable Care Act (ACA) which cannot limit or deny benefits for preexisting conditions. Moreover, it was nonsensical, considering that not all women elect to have reconstruction simultaneous with their mastectomies; years may pass before a decision is made to undergo breast reconstruction for personal or medical reasons; patients’ employers may change their companies’ health insurance providers; and women or their insured partners may change employment or retire.  Under the leadership of Louisiana Rep. Helena Moreno, these HMO and PPO laws were eliminated in their entirety, and a new provision was added to the primary health insurance coverage law, which now states:

Any health benefit plan offered by a health insurance issuer shall not … require that the mastectomy procedures and reconstructive procedures be performed under the same policy or plan.

The second problem with the old laws pertained to the definition of “breast reconstruction.”  Breastoration’s position was that insurance coverage should be provided for all stages of reconstruction, and that procedures which health insurance companies regularly flagged as “cosmetic” were indeed medically necessary.  The most common topics of dispute involved liposuction and tattooing. Those of us who frequent this website know that nipples are sometimes removed during a mastectomy and need to be surgically re-created. These “new” nipples do not have any pigment, so tattooing is necessary to add color to the nipples and help create a three dimensional appearance which looks just like anyone else’s nipples. We also know that liposuction is necessary in both implant and flap reconstructive procedures to contour a breast and/or to fill donor sites from where tissue and fat are harvested with blood supplies intact to create a new breast. Louisiana’s new law now reads:

The third problem with the old law was that it contained some wiggle room  regarding whether insurance coverage was required following  lumpectomies (partial mastectomies), for any surgery performed on the non-diseased breast to achieve symmetry, and for “re-dos.”  A “re-do” is necessary when unforeseen medical complications arise from the original reconstructive procedures, and also, sadly and frequently, when reconstruction is improperly performed by unqualified surgeons (Note to readers: make sure your surgeon is certified by the American Society of Plastic Surgeons and has experience in the type of surgery which is best for you! More on this below).  Louisiana’s new law now states:

The final problem to be addressed in the new law was making sure that women and their health care providers decided which reconstructive procedure was best for the patient and would be covered by health insurance. This was the most important provision in my opinion.  An insurance company should not dictate which medically-necessary procedures are best for you. To this end, the following language became Louisiana law:

The purpose of this section is to … stress that decisions regarding the reconstructive procedures to be performed shall be made solely by the patient in consultation with attending physicians… Any health benefit plan … shall not reduce or limit coverage benefits to a patient performed pursuant to this section as determined in consultation with the attending physician and patient [or] penalize or otherwise reduce or limit the reimbursement of an attending provider, or provide monetary incentives to an attending provider, to induce such provider to provide care … inconsistent with this section. 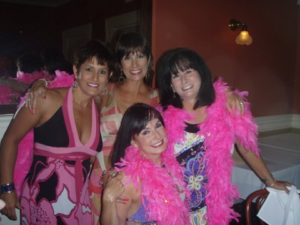 The bottom line is that women fighting for their lives due to breast cancer should not also have to fight with their insurance companies. If you see problems with your own state’s laws, contact your local legislator.  You will be amazed at how hard they will work to help you.  Breastoration owes a great debt of gratitude to the caring men and women who serve in the Louisiana Legislature who unanimously passed these strong laws to benefit women with breast cancer.

Kim Sport is a nuclear medicine technologist turned lawyer.  Having worked for many years as Executive Counsel to the 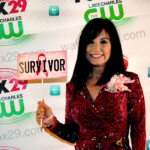 Chief Justice of the Louisiana Supreme Court, she now donates her legal talents to nonprofit organizations, such as the United Way of Southeast Louisiana and the Louisiana Commission to Prevent Domestic Violence.   Sport is a three-time cancer survivor who founded Breastoration which  educates, assists and advocates on  behalf of women facing mastectomies as a result of breast cancer.  She has been honored as a Patient of Courage by the American Society of Plastic Surgeons, a Community Quarterback by the New Orleans Saints, a Woman Excellence by the Louisiana Legislative Women’s Caucus and three times a Woman of the Year by New Orleans City Business Magazine.