We’re excited to share our recent interview with Scott Dodson and Jennie Kim of AirXpanders, the medical device company which developed the patient-controlled Aeroform®Tissue Expander System for breast reconstruction. They explain how they work to increase awareness not only about their product, but about mandatory insurance coverage for breast reconstruction after mastectomy.

As you may know, we’re focusing on the fight for breast cancer and breast reconstruction legislation this month at I’m Taking Charge. Many advocates work toward awareness, detection and prevention of breast cancer. Others, including Scott Dodson and Jennie Kim of AirXpanders, concentrate on the needs of current breast cancer patients. 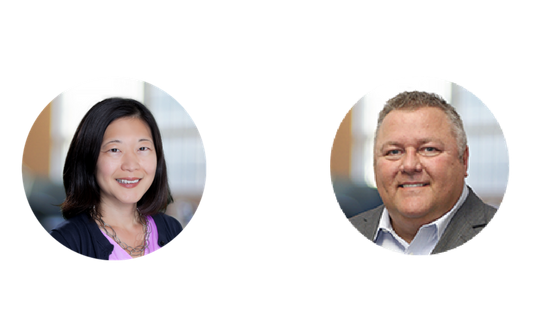 The energy was high as I spoke with Jennie and Scott about advocacy for breast reconstruction options. It’s obvious that this is an important issue for them. It makes sense, since they’re employed by a company that produces an innovative device for breast reconstruction, but it goes further than that. Jennie’s background lies in both marketing and women’s health, and she’s worked extensively with patient advocacy groups. Scott has over twenty five years of executive management and leadership experience with the medical device industry. His sense of genuine concern about the disconnect between breast cancer patients and their options for reconstruction impressed me.

A few of the many ways that advocates can help current breast cancer patients are by working to create laws to ensure that women have access to breast reconstruction after mastectomy, to enforce existing laws, and to increase awareness of those laws. Scott and Jennie have worked toward both the creation and awareness of laws.

Before we get to their interview, here’s some background information that you need to know about a federal law passed in 1998 that requires insurance companies to cover breast reconstruction.

As Dr. Cristiane Ueno shared with us in her guest post last week, the Women’s Health and Care Rights Act of 1998 (WHCRA) is a federal law that requires group health plans, insurance companies, and health maintenance organizations to provide coverage for all stages of reconstruction after mastectomy. You can read more about it, and her experience with patients’ lack of information about it, at her post.

During our interview, Scott explained to me that as he became educated about this law, he was surprised to hear that only about thirty percent of all U.S. women with breast cancer, and even fewer minority women, are aware of this law. It’s one of the reasons that he worked with legislators in Washington D.C. to pass the Breast Cancer Patient Education Act of 2015.

ITC: Thank you for joining us during our May 2017 focus on the fight for breast cancer and breast reconstruction legislation. When and how did you first get involved with this movement?

Scott: I’ve been invested for about five or six years in advocacy for these rights, and for awareness of them in order to ensure that women are told of their options [including the mandatory insurance coverage] for breast reconstruction after mastectomy. As a company, we knew that maybe one third of U.S. women were told about their options, even though the WHCRA of 1998 mandates complete coverage. We also knew that most women, if given the option, do want to attain the normalcy that’s achieved through reconstruction after mastectomy.

So about five or six years ago, I began to work in the Washington beltway. It was a good experience working with the National Breast Cancer Coalition, because cancer is an issue that both parties agree on. For example, we all know about the efforts toward awareness and an increase in detection rates, and more recently for BRCA [breast cancer gene] testing.

The American Society of Plastic Surgeons (ASPS) was also involved with efforts to put additional legislation in place. Ideally, the oncologist [a patient’s breast cancer physician] should refer their patient to a plastic surgeon for reconstruction, but that doesn’t always happen. As I mentioned, only about thirty percent of women are informed, and as we know from a large study by surgeon Amy Alderman, the rate is even lower for women of color and who have a low socioeconomic status.

ITC: Tell me more about your work to pass the Breast Cancer Patient Education Act of 2015.

Scott: I worked with several large organizations, including the National Organization of Women (NOW), the Black Women’s Health Imperative (BWHI), and the National Hispanic Medical Association. They were aware of the 1998 federal mandate, but like me, couldn’t believe that women weren’t being told accurately of their rights.

The result of our efforts was the Breast Cancer Patient Act of 2015, which passed in December of 2015 [you can read more about it here]. It required Health and Human Services to publish information about breast reconstruction rights and options [here is the current fact page at the HHS website]. It was progress, but unfortunately it didn’t go far enough, so now different states and organizations are taking steps to further increase awareness about the WHCRA of 1998. For example, I think New York was the first one to make it mandatory that oncologists bring up breast reconstruction to their patients [see I’m Taking Charge’s article about breast reconstruction laws by state here].

Last summer, I’m Taking Charge highlighted the efforts of New Orleans Woman of the Year, Kim Sport (shown speaking above), and her success in passing breast reconstruction legislation in Louisiana.

AirXpanders’ Efforts at the State Level

ITC: Do state laws override federal laws? I’m thinking of a state law that allows coverage for breast reconstruction, but only when the surgeon deems it necessary.

Scott: No. If you have insurance, the 1998 law really requires 100% coverage for breast reconstruction after mastectomy. But as we discussed, many women are never told about this. Breast cancer treatment is a rapid process. Added to that, a woman is often concerned with her own life and the life of her family, so seeking information about reconstruction isn’t on her mind. However, we know that more information leads to better decisionmaking . . . It’s so important to know not only about the insurance coverage, but of the options available for breast reconstruction. There are many different and well-studied methods for it.

ITC: Yes, and it’s so beneficial to know what type you want to get before you head in for the mastectomy or lumpectomy, in order to save time and to ensure your best options for quality of life after the cancer.

What has AirXpanders been up to, regarding advocacy, since the Breast Cancer Patient Education Act of 2015 passed?

Jennie: We’ve been working in a number of areas, focusing on increasing awareness. It’s a combination of efforts, mostly on the state level. We’re working now with states with the highest mastectomy rates: states like New York, California, Florida, Texas, and Ohio. We are working to inform state level congressional offices of the low awareness rate among patients, and about the WHCRA of 1998. We are working with champions from the hospitals, and with plastic surgeons . . . all to increase awareness for patients. We encourage them in all areas, such as writing editorials in their local newspapers. We also attend meetings, such as the Oncology Nursing Society’s Annual Conference [in Denver this month] to help increase awareness.

A snapshot Jennie took of congresswomen at a Women’s Congressional Policy Institute event that she attended in March.

Increasing Awareness of The Aeroform® System for Patient-Controlled Expansion 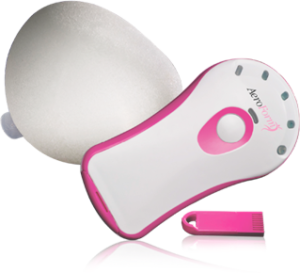 >ITC: Wonderful! Now, can you tell me about how things are going regarding your product, The Aeroform® Tissue Expander System? As far as I know, it just became available in the United States a few months ago. I think there were maybe seven or eight places where they were available to women.

We’re well ahead of schedule. A few dozen sites have access to The Aeroform® System now. Our goal is to reach 150 sites, and that seems to be within our reach. The first surgeons to use it here speak of good experiences and successful outcomes. There’s an incredible demand for it, and we’re blessed to have the support of many surgeons.

In fact, I just returned from the annual meeting of the American Society of Breast Surgeons. It was a wonderful meeting with about 2,300 breast surgeons, 85-90% of whom are based in the United States. I met with both the leadership team and with attendees. It’s important for AirXpanders to know that they’re informed. The breast surgeon is the one who will tell the patient about options.

One exciting thing is that some breast surgeons [in addition to removing the cancer via lumpectomy or mastectomy] are starting to initiate the tissue expansion part of the breast reconstruction procedure. So when they place [the patient-controlled expansion method of] the Aeroform® System [during mastectomy], the patient only has to make one trip for surgery. Whereas in some cases, if you look at a heat map of plastic surgeons and breast surgeons in the United States, you can see that many women have to travel [after mastectomy with a breast surgeon] in order to see a plastic surgeon for breast reconstruction surgery.

ITC: Jennie, did you find that most breast surgeons at the meeting already knew about The Aeroform® System?

Jennie: I spoke with about 200 breast surgeons during the meeting. Some were aware of AeroForm®, but many were hearing about it for the first time. What was truly exciting, however, is that once they learned about it, the breast surgeons were interested in looking for ways to make AeroForm® available to their patients, such as taking back information for their plastic surgeon colleagues, introducing us to their colleagues, or helping champion the technology at their hospital. They appreciated that the patients can expand at home, at their own pace, and felt that AeroForm® could improve the standard of care for their patients who opt to undergo breast reconstruction.

ITC: Thank you so much for your time, Scott and Jennie! It was neat to hear about your efforts to inform breast cancer patients about both their rights and about your product.

Note: To learn more about Scott and Jennie, visit the AirXpanders.com executive management page. If you’d like to help with efforts toward legislation regarding breast cancer and reconstruction, be sure to check out our recent article about how to be an advocate. To find out if Aeroform® is available in your area, visit the AirXpanders website and fill out the contact form, and someone from the AirXpanders team will reply to let you know.