How One Globe-Trotting Grandmother Faced Her Breast Cancer

How One Globe-Trotting Grandmother Faced Her Breast Cancer

From Diagnosis to Reconstruction

Sometimes society holds stereotypes, imagining the quiet, meek woman who slowly falls ill with frightening diseases like cancer. We rarely expect the active, fit, and healthy to show up as sick. Yet, Vicki Lucas reminds us that breast cancer is not limited by lifestyles or stereotypes.

Living on the outskirts of Salt Lake City, Utah, Vicki is a busy woman. She has mothered  six grown children and thoroughly enjoys her 26 grandchildren. However, she might not fit the usual “granny” stereotype. Skiing, running, hiking, and rockhounding are all part of Vicki’s list of hobbies. In addition she continues to teach nursing classes  at a local college and enjoys being actively involved in her church and community. Ironically, an accident during one of her adventures began Vicki’s journey into unfamiliar territory. 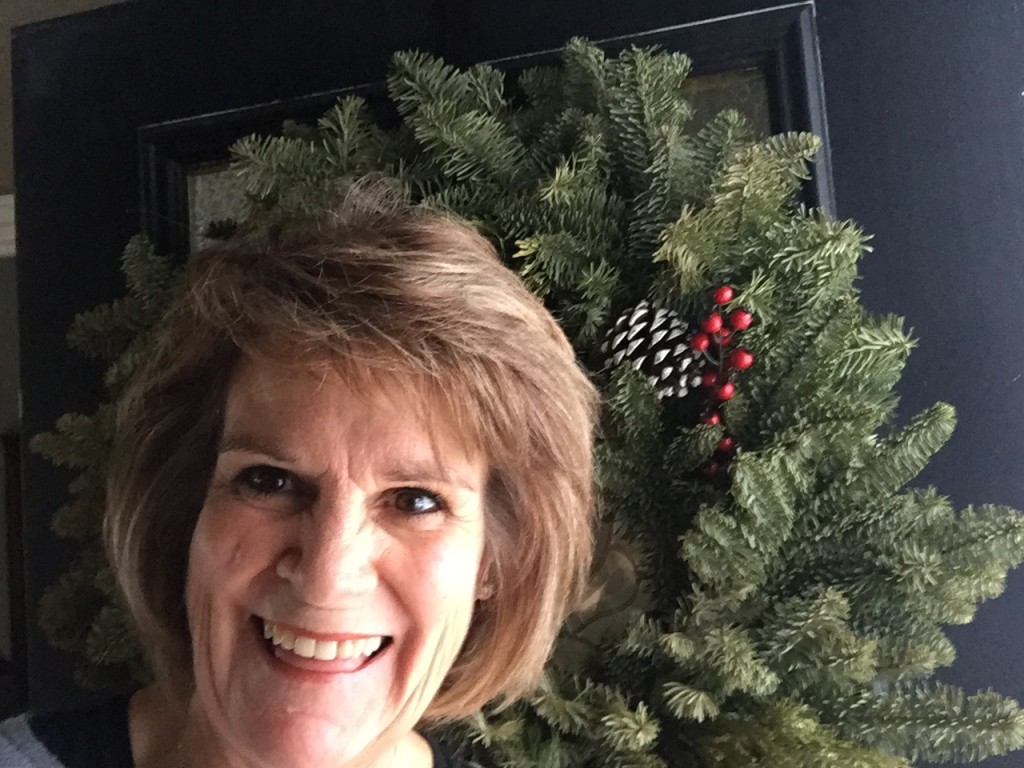 An Injury and Two Diagnoses

Vicki had always maintained regular mammograms. However, this time she had been out of the country for two years and had missed her yearly checkup by about six months when she finally visited her doctor and had her usual screening mammogram.

Being as active as ever, in the days that followed her mammogram, Vicki found herself exploring an unusually rocky area. Unfortunately, she slipped and severely injured her knee. During medical follow-up, she learned she had an anterior cruciate ligament (ACL) injury, putting the usually active Vicki in an awkward metal brace from her hip to her ankle.

The ACL injury required surgery. Thus it was that as she was leaving  the pre-op for her upcoming ACL surgery, only focused on getting her knee well,  she received a call from her primary physician with the results from her mammogram. Her doctor asked if she wanted to come into the office to discuss the findings, but Vicki asked the doctor to tell her over the phone. When the doctor explained there was a problem Vicki understood, but all she could think about was taking care of her knee before she could handle anything else. She told her doctor that she would follow up on the issue after her knee surgery.

Thankfully, her doctor did not agree and told Vicki she must find an oncologist immediately.

Despite dealing with two critical medical issues simultaneously, Vicki believes the entire series of events was a miracle. She considers the injury to her leg a blessing in disguise, as it forced her to slow down and take life one day at a time. Her knee surgery was scheduled for two weeks later.  In the meanwhile she was able to consult with an oncologist.

She was diagnosed with Stage 1 breast cancer.

Her oncologist recommended a lumpectomy, which was performed ten days after her knee surgery. Thankfully, her surgeries occurred during a holiday period, making  life easier since she was already on break from her teaching duties, and family and friends were available to help.

She has kept her good nature and sense of humor, recalling a visit to the imaging center following her biopsy. The women in the waiting area were watching her maneuvering across the room with her crutches. She looked at them and smiled, “What can I say? Bum knee and bum breast.”

Incidentally, two years before Vicki’s diagnosis, she had received breast implants. When they did the lumpectomy, the cancer was removed without agitating the implant and it was not necessary to remove it. More importantly, however, when Vicki’s sentinel node was removed and biopsied, the surgeon was able to declare her lymphatic system free of cancer. This meant a less aggressive treatment plan.

Vicki had a nine-week course of radiation after the lumpectomy, pinpointed to the specific area of her tumor. However, the last few treatments of radiation were more intensive  “bursts” of radiation which affected the surrounding area and increased the scar tissue that formed in her breast. Vicki said the radiation wasn’t as bad as some women have to endure, but it wasn’t pleasant.

As radiation came to an end, Vicki couldn’t help but feel her diagnosis and treatment weren’t as bad as they could have been. Today she explains, she came to the conclusion, “I’m going to enjoy what I’ve got as long as I’ve got it!”

A Growing Discomfort and a Choice

Vicki really didn’t think about reconstruction for a long time though. After all, the deformed area from the lumpectomy was pretty small, and her oncologist never even discussed the possibility with her. Most importantly, she was alive.

Over time, some of her friends did talk to her about plastic surgery, but still Vicki says she didn’t think about it too much until she began to be bothered by an area that had started to harden.  When she brought the hardened area to the doctor’s attention, she was told she was experiencing a common side effect of breast implants: capsular contraction. It occurs when the body, sensing the “intrusion” of a foreign object (breast implants, in this case) forms scar tissue around the object to essentially seal it off from the rest of the body. However, over time that scar tissue (especially if exacerbated by radiation) can thicken and become extremely hard. In some cases, this can be quite a painful process. In Vicki’s case, the hardening wasn’t particularly painful, but it was extremely annoying. It bothered her that the original implant had begun to change shape, and her areola was more ovalular than round.

Not surprisingly, Vicki felt mixed emotions–gratitude that her cancer hadn’t been worse, but disappointed that “my breast wasn’t normal.”

Vicki made a choice for herself. She decided that she didn’t need to live with this uncomfortable condition and that she wanted to have her breast look normal again. She was referred to a well-informed plastic surgeon. He told her that some doctors claim that the scar tissue can be reduced by squeezing or massaged, but this does not work. He recommended removing the volume of scar tissue, then trading the implant with a new type of implant that is texturized.  It does not adhere as easily to existing scar tissue and therefore has demonstrated a lower rate of encapsulation.

Today: Permission to be Normal Again 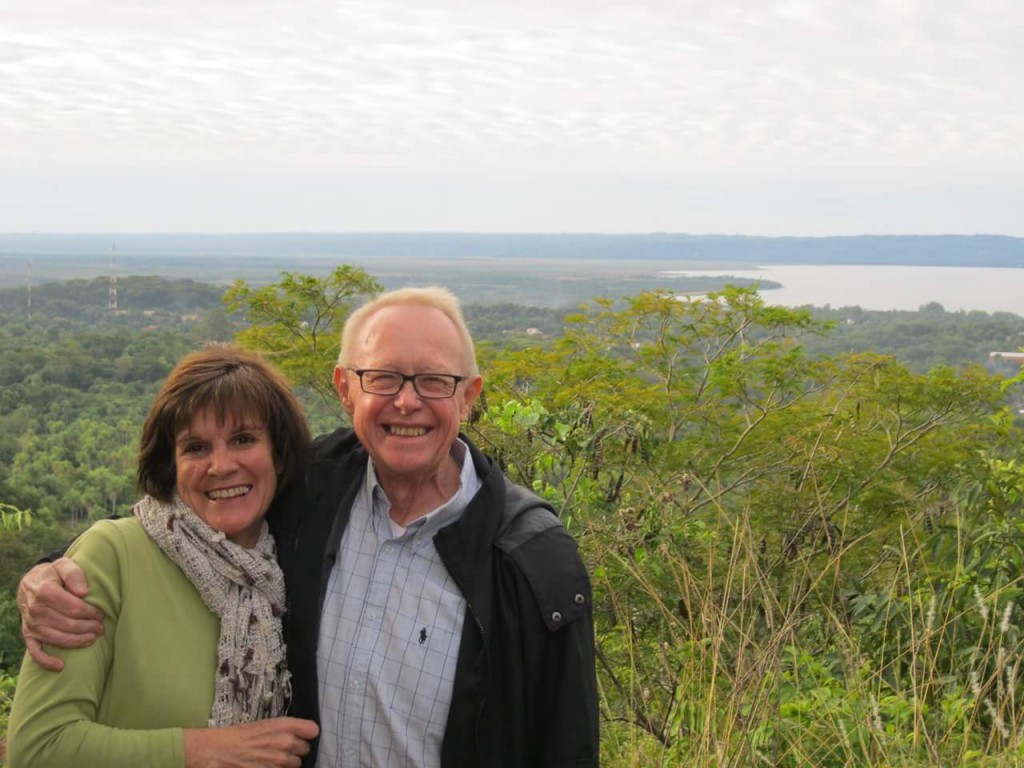 On the day of the interview for
I’m Taking Charge, about four weeks have passed since Vicki had the procedure to trade out the implant. She says she still has some swelling, but she’s glad that she chose to undergo the reconstruction, despite being unsure of how much of the process will be covered by her insurance. Most insurance policies will cover mastectomy reconstruction but not repair from a lumpectomy. Everyone’s insurance varies, however, and may or may not include reconstruction following a lumpectomy. Vicki is content that she made the right decision for her, regardless of the cost.

When asked if she could go back and change anything that happened, Vicki says she would broaden the circle of people whom she allowed to support and encourage her. When she was diagnosed she decided to keep her situation relatively private, only sharing it with a handful of  close friends and family. She felt it would be easier to make decisions with less input from too many people. Today she feels differently. She wants to share her experience with her co-workers, community, and church family. She wants her journey to be a success story, especially for her daughters and granddaughters, to let others know what she went through and how to take charge of their lives if faced with cancer.

At the end of the day, Vicki considers herself extremely blessed that her cancer was caught early and she did not need a mastectomy. Typical of many survivors, she said she often feels that she doesn’t deserve to have had such a positive result from her experience with cancer, when many women don’t receive a prompt diagnosis, treatment, or proper care. Vicki humbly shares that her prognosis is “wonderful” and happily admits, “I’ve given myself permission to be normal again.”

She still recalls how everything unfolded. The scary thoughts don’t go away, she explains, but she feels like she’s learned so much from what she went through. She has been given time and more energy to pursue the things that bring her happiness – friends, church, career, community, nature, and recreational activities. Perhaps the most heartfelt message she has gleaned is that “life is precious and I know how much my family truly cares.” Vicki is grateful that her damaged breast is now as normal as it can be, and life can move on–back to the busy and active lifestyle that Vicki loves so much.