Following Her Gut: From Diagnosis to Reconstruction | I'm Taking Charge

Following Her Gut: From Diagnosis to Reconstruction

Following Her Gut: From Diagnosis to Reconstruction 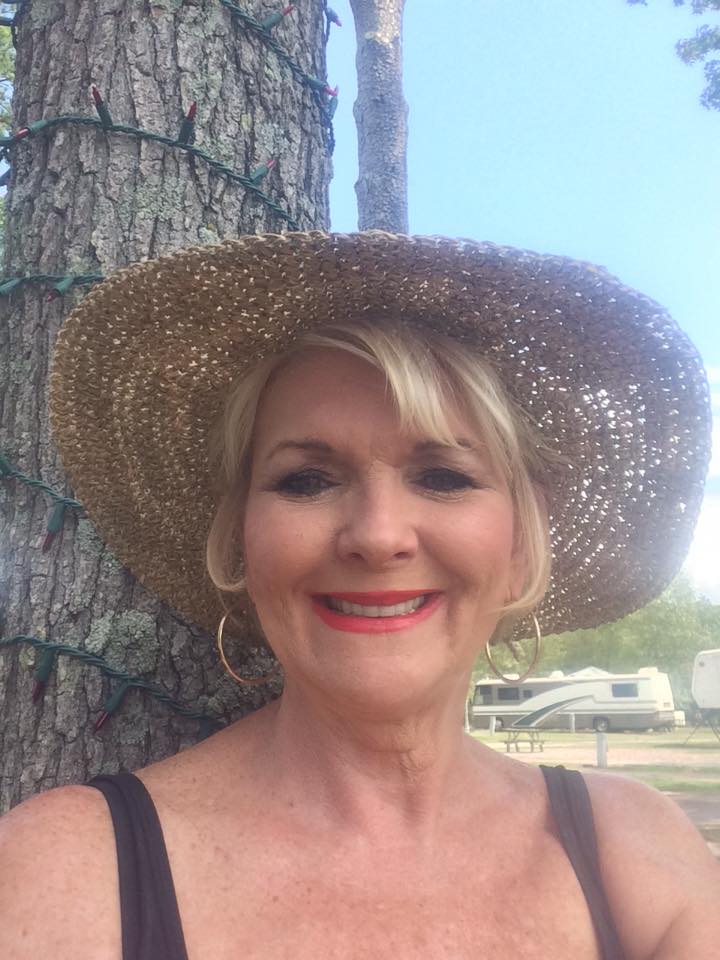 What happens when you feel something’s not right, but your doctor tells you it’s nothing to worry about? And this goes on for two years? You take charge!

In 1995, when Karen Bennett was 35 years old, she took advantage of a free baseline mammogram offered during Breast Cancer Awareness Month at the hospital where she worked. The results were fine, and Karen continued yearly mammograms and periodic self-examinations.

However, when Karen was 37 years old, she felt a “cement-like” area in her left breast and intuitively knew something was not normal. She went to a surgeon who reassured her she was too young to have breast cancer. Instead, he told her to quit drinking Cokes and tea and come back in a few months.

In February of 1999, after two years of confusion, Karen returned to her doctor and insisted that something was wrong with the abnormal, “cement-like” area under her arm. After feeling the mass, her physician reviewed her most recent mammogram and could see no clear margins in the mass. He scheduled her for a biopsy the next day and even went ahead and scheduled surgery.

Karen was shocked and angry. Her doctor had ignored her complaints for two years, and only now was he finally listening. Why?

“Nobody wants to hear they have cancer,” says Karen, “but you can make the best of a difficult situation. Just because I had one bad doctor didn’t mean I couldn’t move forward. One lesson I’ve learned is that a woman has to have knowledge about what’s going on – educate yourself. Research what’s happening and your options.”

It was hard for Karen to come to terms with her physician’s delay. She had lost faith in him and decided she had to take charge of the situation and follow her gut feeling to seek another physician’s advice.

Living in central Alabama, Karen went to the University of Alabama Hospital at Birmingham, where she was referred to a surgeon. Although they reviewed the notes and reports from her previous physician, they did another biopsy. She was diagnosed with Stage 3B hormone driven cancer in her left breast. From there, a team of physicians–an oncologist, a surgeon, and a plastic surgeon–sat down with Karen and helped guide her through what was happening.

The plastic surgeon had reviewed her case and said she would be a good candidate for a TRAM (transverse rectus abdominis muscle) flap with implants. Karen recalls that the physician’s humor and positive attitude really encouraged her. He said not only would she get an upgrade on her bra size, but a “free tummy tuck” was included in the package.

A TRAM flap procedure involves transferring a “flap” of skin, fat, and muscle tissue from the abdominal area (the transverse rectus abdominis muscle to be specific) to the mastectomy site.  The transferred portion is tunneled beneath the skin to the chest, where a new breast mound is formed and attached to the breast’s original blood supply.

The surgeon removed Karen’s left breast and sent the tissue for review in the laboratory before the plastic surgeon proceeded. Unfortunately, the breast cancer had already spread to twelve lymph nodes, prompting the surgeon to remove all 20 nodes. The plastic surgeon was then able to proceed with the TRAM flap on her left breast. In a combination of autologous reconstruction and implants, the plastic surgeon inserted an implant behind the flap and another in her right breast in order to achieve symmetry. Altogether the surgeries lasted 12 hours.

Recovery was not easy.

Karen prepared for the recovery period by setting up a hospital bed in her dining room, because she knew it would be hard to get around. She also got a shower chair to be able to bathe on her own.

When she went home, just trying to stand up straight was a challenge. She had numerous drains in her chest and abdomen, and she had to measure the liquid that was drawn out. After two weeks, she was able to have the drains removed, which helped with her mobility. About a month after the surgeries, to allow time to be sure the tissue was healing, she began the first of nine rounds of chemotherapy. It was not an easy time, for sure.

Yet, despite all the initial pain, soon she was able to put the hospital bed away and go back to work. However, Karen is quick to note that she was fortunate to have a job that didn’t require any lifting, because it took a while longer for her to get back to her normal strength.

Reflection From a Cancer-Free Life Today

Today Karen bears the scars of a “hip to hip incision” from where the donor tissue was removed. Though it was all very painful, thinking back to moving on beyond the days of cancer, she recalls, “I could not wallow in despair… it was time to move on.” She did not have breast implants prior to her cancer, so she viewed it as a plus after surgery to have “nice, perky boobs.”

Unfortunately, Karen’s left nipple was cancerous and could not be saved. However, Karen has since gotten a tattooed nipple, which she is pleased with. Her doctors told her that there are many options for reconstructed nipples, but she says that’s really not important to her anymore.

As with many cancer patients,  Karen has experienced “survivor’s guilt” and asks herself, “Why did I survive and others didn’t?” Still other times, she’s utterly frustrated by her original physician’s response to her concerns. When she was undergoing chemotherapy at UAB she witnessed many women in their 20s and 30s with breast cancer and wonders how her physicians doctor could have thought she was too young. Thirty-seven wasn’t too young.

At the end of the day, Karen feels very grateful that only a year before her situation, the law was passed that requires insurance companies to pay for reconstruction after breast cancer. She knows a woman that had her breast removed prior to the new requirement and could not afford breast reconstruction. Without reconstruction, that woman resorted to filling a pouch with bird seed every day to insert into her bra.

Karen states there are so many new treatments and reconstruction options that it is crucial that everyone should be made aware they have choices. Her dream job would be to work for an organization like the American Cancer Society, where she could share her story and reassure women that “breast cancer is not a death sentence.”

Karen continues to be very active, especially with outdoor activities. She loves to garden and plant things, and since she has a home on the water, she enjoys boating, jet skis, and water skiing. Her reconstruction helps her feel normal in the bathing suit she practically lives in during the warmer months.

Thankfully Karen had a good support system and stresses the importance of having people you can lean on during the process. Due to Karen’s cancer, her maternal cousins have had genetic testing and discovered they carry a genetic predisposition for breast cancer.

To Karen’s family, the old adage hold true: “knowledge is power,” allowing the opportunity for proactive choices. “It’s the little scenarios that add up,” Karen says regarding how that knowledge is spread to others. She confesses she is a “people person” and has taken many opportunities to share her story and remind women faced with breast cancer that they have many options.

Remarkably Karen’s breast removal and reconstruction occurred 16 years ago and since then, she has not had any problems. She continues to have her mammograms and realizes the time might come when she has to have the implants adjusted. But she’s not worried about it.

“I just work with life as it happens and know it’s going to be ok.” 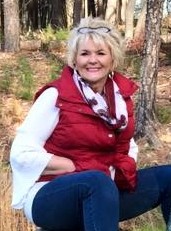