Early Detection of Breast Cancer: What You Need to Know | I'm Taking Charge

Early Detection of Breast Cancer: What You Need to Know

Early Detection of Breast Cancer: What You Need to Know

You’ve probably heard it a million times by now: Early detection saves lives. Well, the reason that phrase seems to be everywhere is because it’s true. Early detection of breast cancer gives you the best chance of survival.

Regular screening is extremely important. Sure, there are signs and symptoms associated with breast cancer (we’ll discuss these briefly a bit later). But oftentimes symptoms don’t appear until the cancer has already spread or grown.

The Proof is in the Data 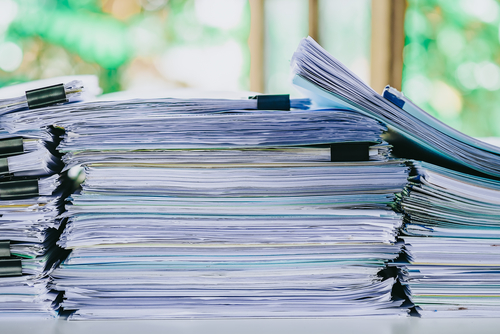 Many studies over the years suggest early detection of breast cancer reduces mortality rates. We won’t discuss every single study here, but we will include a few.

To kick things off, we’ll begin with a study done by the UK Trial of Early Detection of Breast Cancer. This study is, admittedly, a bit old.

It started in 1979 and 1981 when the UK group began enrolling women between the ages of 45 and 65 in an annual screening program. The study followed these women over the course of seven years. 45,841 women received clinical examination of their breast and 63,636 were taught to perform a breast self-exam. Meanwhile, 127,117 women received no extra services.

Over the course of the study, women given screening options had decreased mortality rates. This was compared to women who received no services. But, the study did not notice any significant difference in outcome until after five years.

Technology has obviously improved since the 1980s, so how about a newer study this time?

This study was done in the Netherlands by a team led by Sepideh Saadatmand at the Erasmus University Medical Center. The research team studied all breast cancer cases registered in the country between 1999 and 2012. Close to 174,000 individual cases were looked at during this time. According to the researchers, the average survival rate of women with breast cancer was 91 percent in 2006. But after that year, the survival rate rose to 96 percent.

The researchers looked at the reason behind this increase and found that after 2006, women were having their tumors removed earlier. As a result, the tumors were smaller and had not spread. Further, the study also found that less-invasive surgeries became more popular after 2006. Specifically, lumpectomies became more common to treat early-stage breast cancer. 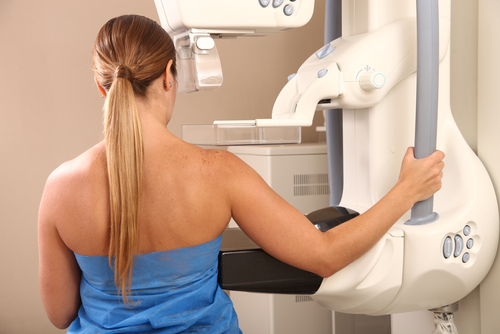 Still another study, done by researchers in Canada, followed women with breast cancer for 25 years. This study compared breast cancer mortality rates among women between the ages of 40 and 59. The study divided women into two categories: those who underwent mammography screenings and those who didn’t.

Roughly 89,800 women participated in the long-term study. They were randomly assigned to either receive five annual mammography screenings or no mammography. But both groups of women still received annual physical breast examinations. During the screening period researcher identified nearly 1,200 cases of invasive breast cancer. Of those, 180 women who received mammography screenings and 171 women who did not passed away.

This particular study did not look at women who received no screening whatsoever. Yet it’s results are still beneficial to know because it proves that mammography and physical screening share similar rates of success when it comes to detecting early breast cancer and saving lives.

What is Early Breast Cancer?

The prognosis for survival with early stage breast cancer is generally good. Still, it does depend on the treatment each individual receives. According to Komen, roughly 90 percent of women diagnosed with early breast cancer survive at least five years. And, as technology keeps improving, this percentage just keeps increasing!

How is Early Breast Cancer Treated? 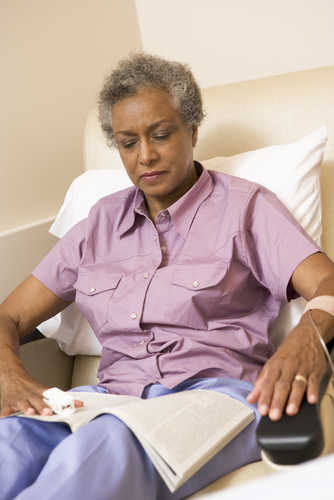 If you’re diagnosed with early breast cancer, your physician will often suggest that you undergo surgery. Surgery will either remove your entire breast or will only remove the tumor and some of the surrounding tissue. This latter procedure is a lumpectomy. After a lumpectomy, most women undergo radiation therapy to reduce the chance of recurrence. But you probably already knew that.

After surgery, your physician will recommend either one or several of the treatments mentioned earlier. The specific design of your treatment plan depends on your individual situation and health. Not every woman is well-suited for every form of treatment.

With early-stage breast cancer, any treatments you do have offer a higher chance of success.

Komen has some great information about early breast cancer and how it’s treated. If you would like to learn more about possible treatment options, feel free to check here.

What Are Some Signs and Symptoms? 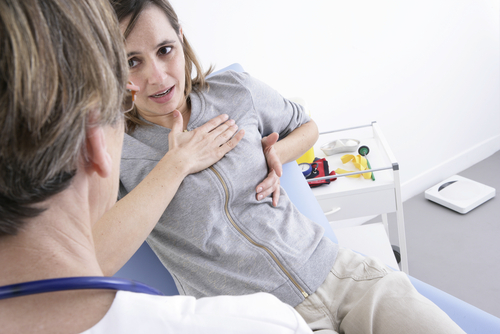 As we mentioned earlier, many symptoms do not appear until breast cancer has already spread. Still, this is not the case with every symptom. And knowing the various signs of breast cancer may help you detect potential problems earlier on.

A lump or mass in the breast is the most common symptom of breast cancer. This is also one of the first ways women realize that they may have breast cancer. These masses are often painless and hard. Yet some cancers produce soft masses that are more painful to the touch. Either way, if you notice this sort of abnormality, schedule a mammogram as soon as possible.

Some other possible symptoms include:

Many of these symptoms may also result from problems other than breast cancer. You cannot determine the actual cause of a symptom without the help of a physician. Rather than assuming the best, take the extra time to have any abnormality checked.

If that’s the case, then how can you detect breast cancer early on?

The most basic way of finding breast cancer early on is undergoing routine screening tests. This includes regular mammograms and monthly self-exams to check for lumps. According to the American Cancer Society, U.S. Preventive Services Task Force, and National Comprehensive Cancer Network, most women should get a mammogram every year starting around the age of 40. The National Comprehensive Cancer Network also suggests that women between the ages of 25 and 39 get a clinical breast exam every one to three years.

In addition to following your doctor’s recommendations for a mammogram, you should perform a breast self-exam at least once a month. Estimates indicate that roughly 40 percent of diagnosed breast cancers were first identified by women who felt a lump. There are a few ways that you can perform a breast self-exam. Please feel free to check here to learn about these methods.

There are always new possibilities when it comes to early detection of breast cancer.

We’ve already discussed new developments in mammograms (most notably the 3D mammogram) and a few mammogram alternatives in a  previous post. That article is a great resource if you are looking to learn about the various developments in detection technologies. If you prefer something a bit more technical, take a look at this review article. It discusses the various roles that new detection methods hold and includes a few studies about how effective they are. 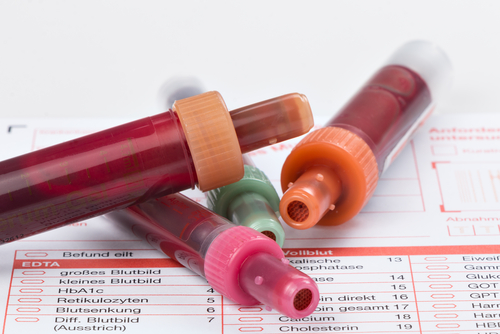 A study presented at the American Association for Cancer Research’s 107th Annual Meeting also suggested a new possibility for early detection using blood. The researchers who conducted the study looked at circulating DNA (ciDNA). ciDNA is a biomarker used for cancer management. But the researchers believed it could also play a role in early cancer detection. In an attempt to prove this point, scientists created an epigenetic marker panel for ciDNA. This panel consisted of 12 common markers that could detect circular tumor DNA and, thus, detect early breast cancer.