A few days before Jen’s birthday in April of 2013, she was diagnosed with cancer in both of her breasts. Her husband picked her up, and they went home and cried, grappling with all the emotions a breast cancer diagnosis brings. At the time, their daughter was not quite 3 years old. As the shock lessened, Jen was determined to do whatever she needed to stay alive and take care of her daughter. From the beginning, Jen knew she would definitely proceed with breast reconstruction. She says, “I was young, and I wanted to return to normal, as much as possible.” Jen had an aunt that had been diagnosed with breast cancer a year before, and they discussed many of the decisions Jen would need to make. Ultimately, she decided upon DIEP flap reconstruction. This is her story…

Soon after her diagnosis, Jen began the roller-coaster that is chemotherapy.

Jen visited with her breast surgeon about reconstruction. The surgeon preferred to work with a particular plastic surgeon, and so Jen met with him.

The plastic surgeon recommended the TRAM flap procedure, which uses skin, fat, and all or part of the underlying rectus abdominis muscle (a muscle in your lower abdomen) to reconstruct the breast.

As Jen researched the two procedures, she determined she would be much more comfortable with the DIEP flap. Thankfully, Jen’s breast surgeon was willing to work with the second plastic surgeon as well. Some physicians often appear to be a “package deal,” but Jen advises, “Don’t be afraid to seek another opinion just because your doctor is leading you toward someone specific.”

When asked if she could suggest one thing to someone who is considering breast reconstruction she says, “Don’t hesitate to ask questions. Do your research and find out what’s best for you. Push your doctor for answers.”

In September 2013, Jen had a double mastectomy with the insertion of tissue expanders. Tissue expanders are balloon-like devices that are usually placed behind the chest wall and filled slowly over several weeks or months. Jen absolutely felt the “huge loss” of her breasts and could not look at her chest for about a week.

However, when she finally did, she thought it actually “didn’t look so bad.” She realized that one of the benefits of expanders is that there is something there right away, even though initially it’s quite small. Although Jen respects each woman’s decision to make the choices that are right for her, she personally wanted to pursue reconstruction.

Jen’s expanders were periodically filled with more saline solution. She was not in pain, but she says the expanders became “hard as a rock” and were uncomfortable. Jen kept her focus on the completion of the process and looked forward to the reconstruction procedure that would use her own tissue.
First, however, radiation treatment on both breasts was necessary. Finally, after six months, in August 2014, the expanders were removed and the DIEP flap reconstruction surgery was performed successfully.

Jen struggled with whether to proceed with nipple reconstruction. She explains, “Women try to hide their nipples most of their lives, so I wondered if I really wanted them or not.” However, in the end, Jen did elect to have nipple and areola reconstruction and said, for her, the procedure helps hide the scars from the surgery. Additionally, Jen had tattooing of the nipple and areola, which she feels additionally camouflages the scars and gives an all-around sense of normalcy to her new breasts.

As challenging as facing breast cancer was, Jen states, “I used the diagnosis to make better choices in my life, especially regarding exercise and nutrition. In many ways I’m a lot better than I was before cancer. It was a wake up call.”

Today, three years after her diagnosis, Jen continues to monitor her situation and receive regular checkups. Jen is active in a cancer support group and is always willing to share her DIEP flap reconstruction story with others. She shows people that doing your research and proactively choosing the right method can lead to results that a woman can be happy with. 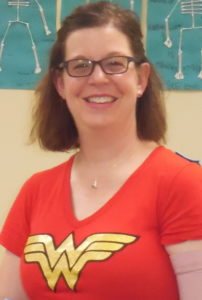