Whether you had radiation years ago or will be having it, mention to your physician your interest in breast reconstruction. Meanwhile, read over this article, so you have a starting point for those conversations. 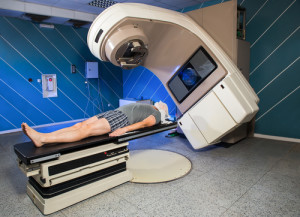 Radiation therapy uses a high energy beam to destroy cancer cells. It acts directly on the cell’s nucleus. In so doing, radiation significantly damages or destroys the cell’s DNA.  This makes the cell unable to divide and multiply. This type of treatment is an extremely effective way to kill the cancer cells that remain in the breast after surgery. Oncologists have used radiation therapy to treat breast cancer for more than 100 years. Today, it is a routine part of breast cancer treatment in situations where a woman chooses a “breast conserving” lumpectomy. It is also routine when multiple lymph nodes are positive or if the cancer is localized.

Radiation and Reconstruction: The Challenge

What makes breast reconstruction with radiation tricky is that radiation will damage cancerous and healthy cells alike, such as in the skin. That’s why breast reconstruction surgeries after radiation have more complications. Complications include infections, delayed healing, wound breakdown, and fat necrosis (small hard nodules of fat inside the breast). Additionally, radiation can cause the skin and muscles to become less elastic or stretchy. If implants are already in the breast at the time of radiation, it may also alter how the implants look or harden the tissue around the implants, as happened to Vicki. 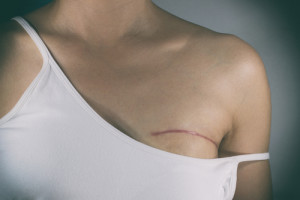 When cancer found in the breast is larger than 5 centimeters and has spread to lymph nodes, treatment is more likely to include radiation. Many women aren’t aware of all their options for reconstruction at the time of their breast surgery. It’s important to know that you can choose between breast reconstruction after radiation therapy or before it (we talk more about timing here). However, there are some things to consider when choosing the best time to begin reconstruction.

Radiation after breast reconstruction can cause the reconstructed breast to lose volume. Radiation could change the texture, appearance and color of the reconstructed breast. Additionally, research suggests that breast implants, if used, may interfere with the radiation actually reaching the areas affected by cancer. However, this varies patient to patient. Also, radiation will impact the ability of your skin to heal from surgery. Many surgeons will advise their patients to wait until after radiation, which may put off reconstruction 6 to 12 months.

When reconstruction needs to occur before radiation treatment, autologous reconstruction is an option. This method uses a woman’s own tissue to reconstruct the breast. Fat and skin can be removed from the abdominal area, the back, or the butt. Operations for tissue transfer are often longer and more extensive procedures. Some women aren’t candidates for the procedure, because they don’t have enough fat and skin to build the breast to desired size. Complete loss of an autologous reconstruction from radiation does not occur, while it can occur with implants.