There are many different breast reconstruction procedures available after lumpectomy, with or without radiation. One of the most common is to take fat from another part of the body and fill it in the breast. This is called lipofilling. Sometimes breast lifts or reductions to the opposite breast may bring symmetry. It’s important to understand, first and foremost, that getting a lumpectomy (and radiation) doesn’t mean you can’t have breast reconstruction.

A lumpectomy involves the removal of just the tumor found in the breast and some of the non-cancerous tissue surrounding it–not the entire breast as with a mastectomy. This surgical procedure conserves the breast, which is good. Unfortunately, it may leave the breast with a dent, bulge, or imperfection near the surgical site. After a lumpectomy, the breast or breasts are likely to be different in size. Sometimes the breasts may seem asymmetrical. Because of this, many women choose breast reconstruction after a lumpectomy. 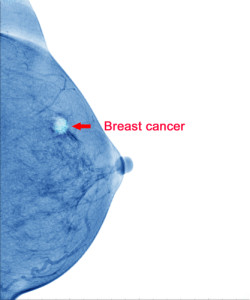 The Susan G. Komen website assures readers that breast cancer patients who have lumpectomies (along with breast radiation) face the same survival odds as those who have mastectomies. It also reports that oncologists have been encouraging women with early-stage breast cancer to choose a less radical surgery than mastectomy.

A U.S. News & World Report article from 2015 cites an expert panel assembled by the National Cancer Institute in 1990. The panel stated that “lumpectomy with radiation was ‘preferable’ to mastectomy for women with stage 1 or 2 breast cancer.” This information contributed to a reduction in mastectomy rates for those patients. It dropped from 100 percent in the 1980s to less than 40 percent in 2015. Lumpectomies now account for somewhere between 60-70 percent of cancer surgeries.

Plastic surgeons recommend waiting six months to a year after a lumpectomy before having breast reconstruction. That time will allow the breast tissues to heal. It also allows any distortion or asymmetry to stabilize. Studies have shown that after a lumpectomy about 46 percent of women were unhappy with the physical appearance of their breasts.

Patricia Velasquez had breast reconstruction after a lumpectomy. Take a look at her story in this video.

One example of immediate lumpectomy reconstruction is oncoplastic surgery. Oncoplastic surgery combines the latest plastic surgery techniques with breast surgical oncology at the time of the lumpectomy. An oncoplastic surgeon rearranges some of the remaining tissue in order to realign the nipple and areola. This procedure should restore a natural appearance to the breast shape. The surgeon may recommend a lift or reduction to the opposing breast to restore symmetry. 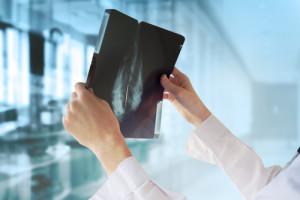 Another option is the bilateral breast reduction or lift. The surgeon will remove breast tissue from the cancerous breast and modify the normal breast to create symmetry.

Unfortunately, there is a possibility of not being able to preserve blood supply to the nipple during surgery using this method, necessitating a free nipple graft. A free nipple graft removes the nipple and replaces it after the breast reduction or lift is complete. However, the free nipple graft can result in nipple numbness and inability to breast-feed, making it a “last resort” procedure.

Breast Reconstruction After Lumpectomy and Radiation

If radiation therapy follows a lumpectomy, the type of reconstruction may be impacted. Radiation damages the skin and tissue around the breast. The method of reconstruction will then depend on the condition of the skin.

Radiation can cause shrinkage of the breast and contribute to breast asymmetry. While radiation does not affect all women the same way, for some women the breast, particularly around scar tissue, hardens. The breast feels much tighter, and the skin and tissue underneath are less stretchy. To reconstruct a breast in this situation, a plastic surgeon may remove the hardened tissue and fill the breast with tissue or fat taken from other areas of the body.

Again, because each surgical situation is different, there is no typical approach to reconstruction after a lumpectomy or with or without radiation. The surgeon will personalize the surgery based on previous treatments, goals and expected outcome.

If you’re having radiation, you may want to read more about breast reconstruction options after radiation.