Knowledge is power, and women who undergo genetic testing for the BRCA1 or BRCA2 gene mutation will have the benefit of knowing whether they are at a higher risk of breast and ovarian cancer.

Armed with that knowledge, it gives them more power and greater control over their future. It allows them to create a road map or a plan of treatment.

Lesley Murphy was one of the women vying for the affections of Sean Lowe on the 17th season of The Bachelor, which aired during 2013. 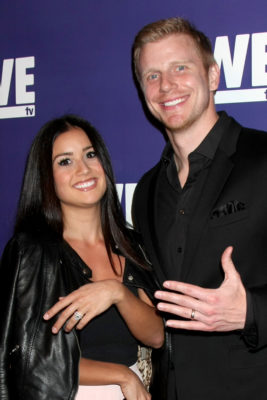 Sean Lowe with his wife, Catherine, who won his hand on the 17th season of The Bachelor.

Last week, she underwent a double mastectomy after the results of genetic testing, which showed she carries the BRCA2 gene mutation.

She wasn’t totally surprised. After all, her mother is a three year breast cancer survivor.

What she did was surprising. Murphy, who is now a travel blogger at The Road Les Traveled, took to Instagram to share the journey she’s taking now at age 29.

Murphy wrote on March 8 @lesleyannemurphy “A couple of weeks ago I found out I’m BRCA2 positive, which means I’m at a high risk for breast and ovarian cancer one day. Buzzzz kill. I know. But it’s true what they say – knowledge is power.”

Murphy Shares to Encourage Her Followers

After considering a few options, preventative surgery seemed like the right decision for her. She chose to share the news, not because she was hoping for sympathy, but to encourage her quarter of a million followers to “stay diligent in getting early screenings and early detections.” 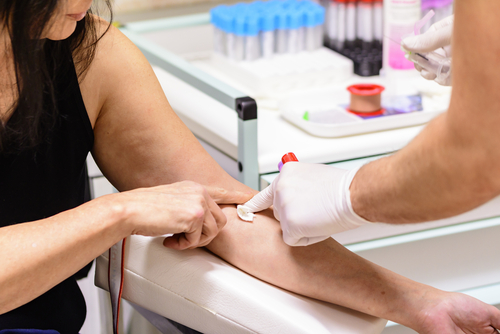 In one Instagram post, Murphy documented her trip to the doctor’s office at the University of Arkansas for Medical Sciences. She talked about her test results while showing her medical diagrams to viewers. Her mother stood by her in the video.

First came a  day of plastic surgery discussions plus a mammogram, ultrasound and MRI. Those tests are taken in order to rule out any existing cancer or other problems before surgery. Murphy says she’s currently cancer free.

Murphy’s admiration for her mother’s courage is crystal clear. “A little bit of background information for you . . . My mom had cancer, breast cancer, three years ago this month,” Murphy said, “And I hope to grow up to be like her, and this is me trying. So I think the right move is just to take care of it right now, and do the double mastectomy. I’m 29. It sounds young, but I’m not getting any younger.”

Her Facebook and Instagram accounts are receiving lots of positive feedback and well wishes. Women appreciate her opening up about her journey.

The double mastectomy was performed on April 11.

Murphy continues to document her journey. Her words on Instagram are inspiring,“I can’t tell you how much I appreciate everyone’s messages on my video from yesterday. It feels SO good to have a support system like y’all, and I love how a platform like [Instagram] brings people together who’ve gone through similar circumstances.”

In return she has let everyone know how she inspiring they are to her, and that they’ve helped her through this difficult time. “You say I’m inspiring, but the stories told in my comment section inspired me just the same and reconfirmed my decision to move forward with everything.”