How to Avoid Breast Surgery Scars: Get Hidden Scar Surgery!

How to Avoid Breast Surgery Scars: Get Hidden Scar Surgery!

Large, noticeable scars are a common concern if you’re undergoing a mastectomy. Breast surgery scars often serve as a reminder of what you’ve been through. Or they may prevent you from completely feeling like your old self again. While some women embrace scars as a symbol of strength, what if you want to keep scarring to a minimum?

Fortunately, researchers developed a new procedure that reduces scarring following a mastectomy and other types of breast surgery.

What is the Hidden Scar Surgery?

The concept of a hidden scar surgery isn’t new. But medical professionals lacked the technology they needed to perform such a delicate surgery properly.

Developed by Martin Health System, Hidden Scar Breast Surgery takes an advanced approach to removing cancerous tissue. The procedure involves making a small cut either around the nipple, under the arm, or within the fold of the breast. Surgeons then remove cancerous tissue through this single area. 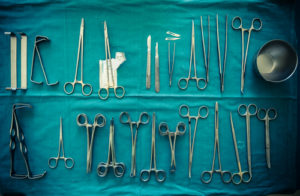 The concept of providing light within the body isn’t new, either. Minimally-invasive surgeries have been using internal lighting sources for several years. However, the innovative retractor used in Hidden Scar surgery doesn’t transmit any heat. This ensures the body remains unaffected by the lighting source.

By using this new approach, surgeons are able to performing Hidden Scar surgery on a wide range of women. Not only that, but it preserves the natural appearance of the breast by sparing the areola, nipple, and surrounding tissue. It also results in a small scar that heals virtually invisibly. As a result, you get breast reconstruction that appears more natural, while reducing the emotional impact of your surgery.

Patients approve of Hidden Scar surgery. You can watch a video of Beth explaining her experience with it. Hers was for a lumpectomy, but as mentioned above, it’s also available for mastectomy and breast reconstruction surgery. 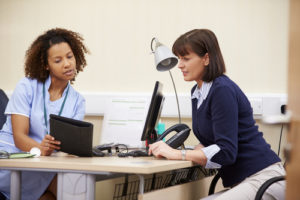 Many women are eligible for the new Hidden Scar surgery. It works if you’re undergoing breast conserving procedures, such as lumpectomies. And it is suitable if you’re getting a nipple-sparing mastectomy.

However, your tumor location and size, breast shape, and breast size all play a role in determining whether Hidden Scar surgery is a good option. Further, your surgeon must be properly trained in the procedure.

Where Can I Get Hidden Scar Surgery?

Although Martin Health System in Florida developed the procedure, it has expanded to several additional states, including New York, Rhode Island and Pennsylvania. As time goes on, more surgeons will learn the Hidden Scar surgery technique.

If you’d like to receive this procedure, ask your physician whether it’s offered in your area and whether you’re a good candidate. Please comment if you find out any places that offer Hidden Scar Surgery that we didn’t mention, or to share your experience with this innovative new technique!