6 Uplifting Life Lessons from a Man with Breast Cancer

6 Uplifting Life Lessons from a Man with Breast Cancer

Like many breast cancer organizations, we don’t talk about male breast cancer very often. Yet, if we tune into our breast cancer brothers, we all gain. We may even learn a little about the female breast cancer experience by listening to these outsiders thrust in our midst. That’s why we’ve invited Khevin Barnes, an author, speaker, and man with breast cancer, to share with us these life lessons he’s learned over his breast cancer journey.

As I sit down to write and share these words for the women of I’m Taking Charge, I imagine all the women in the world who have breast cancer. I imagine them, hands intertwined in celebration, dancing on the winds of health and healing. They (you) remind us that breast cancer is a formidable adversary that can only be disarmed through a fearless alliance. With this alliance comes vigilance and education and of course, knowledge, understanding and compassion.

So what about men? We get breast cancer too.

My story: walking the cancer road first as a caregiver

I know cancer from two points of view, both as a patient and as the husband and caregiver of a woman diagnosed with cancer. Here’s how this happened:

I’ve spent all my adult years working in entertainment as a professional magician. I knew at the age of 12 I wanted to be on stage, doing magic for the rest of my life.  It’s not easy to make a living as a magician but I was one of the lucky ones. Early on I turned my attention to “environmental education.” This was back in the days when the notion of recycling and conservation were just taking root.  I created a character known as “Dr. Wilderness” to this end. Then for the next few decades I performed in several thousand schools, traveled to 50 countries and, as a nonprofit organization, made a decent living doing what I loved: helping the environment while being supported by a number of corporate sponsors.

My wife at the time was my magical partner.  She was diagnosed with stage 4 ovarian cancer in 1994, not long after we returned from a magic tour in Europe.

I became her caregiver, and together we came to know and experience firsthand the unkindness of a life-threatening disease.  After four years of surgeries, clinical trials, experimental drug treatments, the ravages of chemotherapy, and some secondary diseases, she died on Valentine’s Day, 1997 at the age of 47.

A simple life with new joys… and then cancer again. 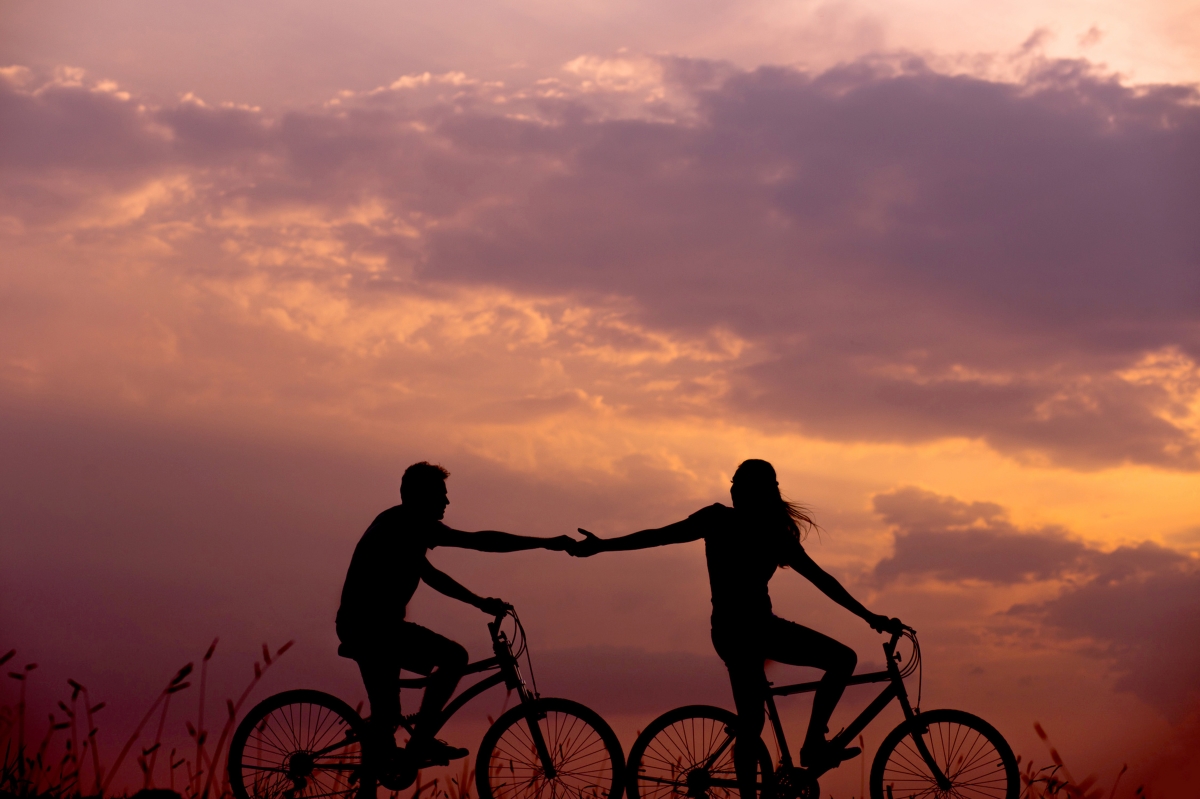 I made some personal decisions about cancer after her death and how I would deal with it if I was ever diagnosed myself.  That experience (and not just the downsides, but the astonishing courage and humor and wisdom she expressed in those difficult days) has made my own expedition through cancer a remarkable event in my life.

After remarrying, my life filled with joy once again. One of the mutual interests my wife (together 18 years now) and I both had was the study and practice of Zen meditation.  We were offered an opportunity to live in residence at the Palolo Zen Center in Honolulu for a year, and we jumped at the chance.

Our lives were simple. We sat in meditation daily, worked in the gardens, walked on the beach, dined on vegetarian meals and grew our own fruits and vegetables.  Things were pretty perfect. Until one day breast cancer showed up in my chest. When you think about it, what better place to find out you have a life-threatening disease than a Zen Buddhist Temple?

Here are a few of the lessons I’ve learned as a man with breast cancer.

I was once asked if I was troubled by the “cloak of pink” that surrounds the breast cancer experience.

My answer was an emphatic “no.”  After all, it’s no fault of women that male breast cancer goes relatively unnoticed. It is an “orphan disease” accounting for just 1% of all breast cancer cases.  And it’s no one’s fault that men are reluctant to talk about their breast cancer, slow to get diagnosed, and more likely to die from it because of our awkward attitudes toward our breasts.

So, when we hear the words “breast cancer,” we invariably think of women, and rightfully so. More than 330,000 are diagnosed with breast cancer every year in the U.S.

Male breast cancer is a rare disease with only about 2,500 men being diagnosed with it each year. I have no judgement about that, no notion of being a victim of the disease or overlooked by society. It’s just a that we are a small group and therefore hidden behind a curtain of pink in a world that places great significance on the female breast.

Lesson #2: Women’s intuition can be life-saving.

I found out I had male breast cancer on May 11, 2014.  It was Mother’s Day. The irony here is that if ever there was a day to celebrate women, this was it.

(Mother’s Day? Valentine’s Day? I hope this is not a pattern in my life!)

I found out about my cancer in a rather typical way, at least as far as the male population goes.  More often than not, our wives, our partners, or our female friends finally convince us to have that “tiny bump” on our breasts checked out by a doctor.  My wife saved my life by saying, “Khevin, why don’t you show the doctor that little bump under your left nipple?”

I have to admit that the thought of nipples on men always seemed strange to me.  But perhaps that’s part of the reason why guys are slow to take action. We find body talk, well, awkward.

Men are often diagnosed with breast cancer at stage 3 or later. We are slower to confront the possibility that our “bump” is anything more than a cyst or an ingrown hair or any number of alternative fantasy theories that we conjure up.

I was diagnosed with stage one grade three ductal carcinoma.  Stage one was very good news, but grade three indicates a fast growing and aggressive cancer.  The two male oncologists I met for second opinions recommended for me what they knew best. They advised the same drug treatment that they suggested for women—5 years of Tamoxifen and weeks of chemotherapy.  Something about that did not seem quite right to me. Sure enough, we now know four years later that men’s bodies do indeed react differently to traditional chemotherapies than women’s bodies.

Lesson #3: The fear of dying is gender indiscriminate.

So, men have breasts too.

But what does it mean to be a man with breast cancer? What common breast cancer issues do women and men face?  The emotional impact of breast cancer touches all of us but I think through different avenues.

My concern with dying and recurrence seems to be on par with my women friends with breast cancer. We can all share in the trauma of the unknown.

Lesson #4: I have no clue what it’s like for a woman to lose her breast. 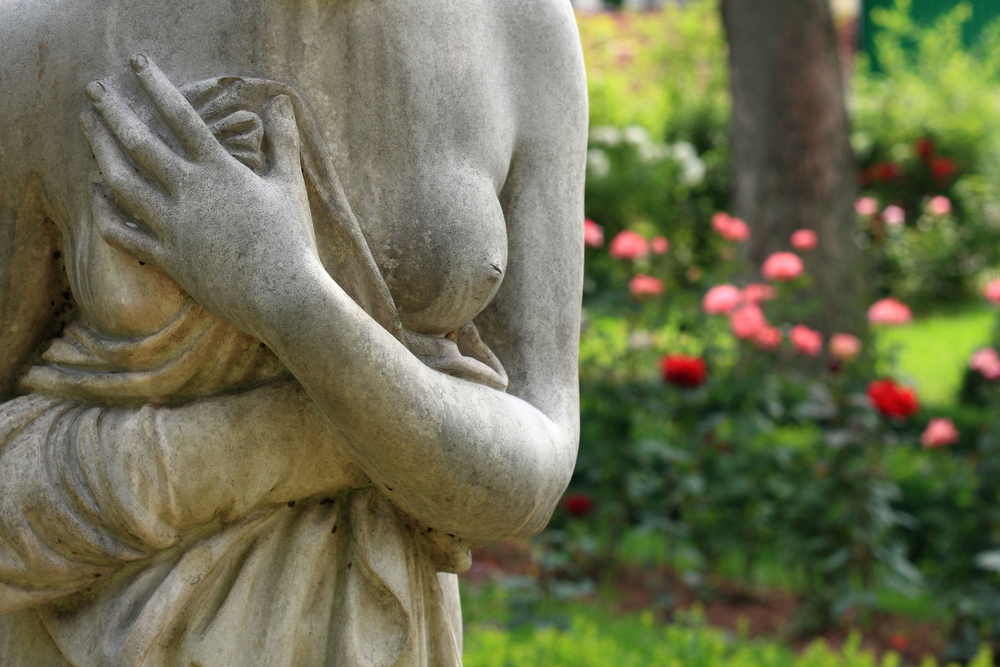 Few men, however, go through breast reconstruction.  The simple reason of course is that there isn’t much to rebuild. Additionally, the obvious social stigmas surrounding the human breast are pretty much non-existent in men.

Throughout history, the female breast has always been a symbol of fertility and well-being.  Interestingly, until we reach puberty, male and female breasts are identical. And then estrogen kicks in and things begin to change dramatically.

Whenever I speak to breast cancer groups (nearly always women by the way, since there are few men to talk to or, for that matter, who want to be talked to), I like to point out that some of the world’s greatest mountain peaks were named in honor of the female breast. The Grand Tetons in Wyoming are a good example. They are said to have been named by French trappers, camped out in the wilderness for months at a time. They were dreaming no doubt of their ladies back home.

Male breasts don’t have this history.

Lesson #5: As a man with breast cancer, I can give back my skills and experiences too.

I have decided to become a male breast cancer advocate and activist. I’m determined to use the various abilities I’ve practiced over the years to bring my kind of cancer into mainstream conversation.

That’s why I’ve just finished an 18-month project to write and compose a musical called “Sons Of Saint Agatha.”  It’s a two-act theater production with 13 show tunes and some gripping script.  I’m in the process of finding funding to take the show out on a national tour. Saint Agatha is the patron saint of breast cancer, having lived in the 1500’s.

Cancer has touched my own life in ways beyond the physical and the clinical connections.  Breast cancer has given me new purpose for my remaining years on planet Earth. I get to share my love of magic in my talks and lectures and to express my great passion in writing music and words in a musical theater format.

Lesson #6: Men with breast cancer need to join together and support each other like the ladies do. 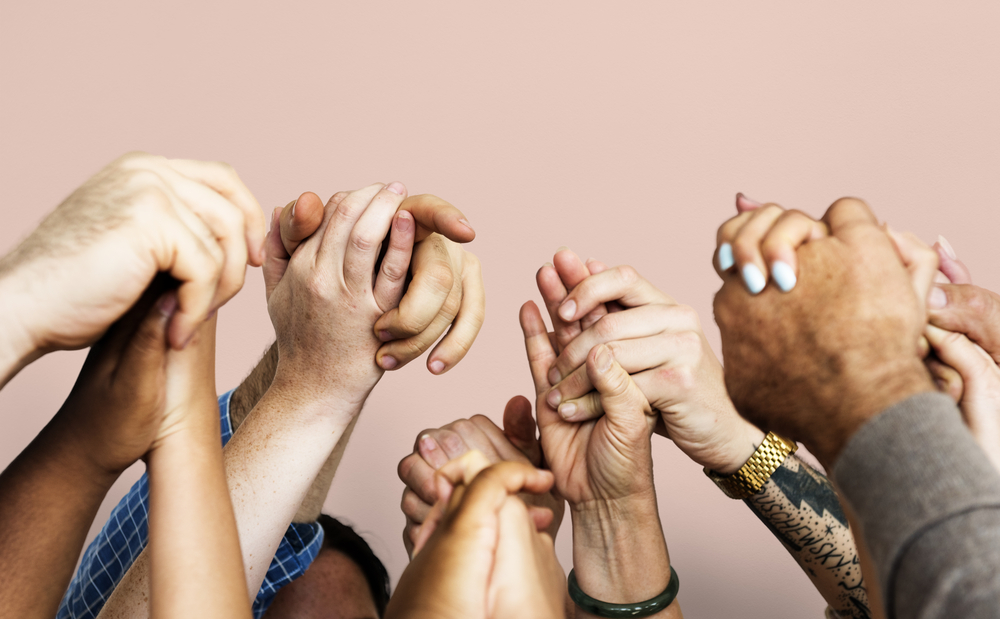 Perhaps the most significant change I see in myself is that I’ve been gifted with a new view of breast cancer in women. If breast cancer has given me nothing else, it has instilled in me a deep respect and appreciation for the difficulties women with breast cancer face. The abysmal atrocity of this disease has awakened me.

As a man with breast cancer I believe that, like the women of the world, guys need to join hands, puff up our chests (what’s left of them at any rate) and stand together to bring encouragement and comradery to our breast cancer brothers. And sisters.

Pink is not a belief or a method. It’s not a condition. It’s a symbolic emblem of a powerful feminine coalition. And male breast cancer survivors don’t need a pink pass to join in with this celebration of life and longevity. This is the ultimate goal of cancer survivors around the world, both men and women.

It’s a time to support and care for those millions who share our disease world-wide. Faces and lives we will never see, but whose stories we know intimately because these stories are our own.

Khevin Barnes is a male breast cancer survivor, writer and playwright.  He’s a regular contributor to Cure Magazine, Huffington Post, Cancer Survivors Thrive, Cancer Knowledge Network, and the Anti-Cancer Club. He has worked as a professional stage magician for 40 years. As a Cancer Speaker he travels wherever he’s invited to speak to (and do a little magic for) men and women about breast cancer. You can find more of Khevin at www.BreastCancerSpeaker.com  and www.MaleBreastCancerSurvivor.com.